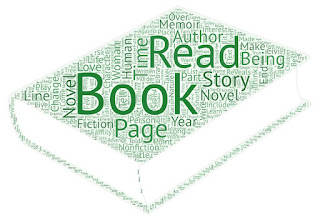 Below are the first lines of the books I finished reading in November.

On a very wet day at the end of summer Charlotte Moley came to Nything to say good bye to a friend and to look at a legacy which she had not expected to receive.

The word of the Lord that came to Hosea son of Beeri during the reigns of Uzziah, Jotham, Ahaz and Hezekiah, kings of Judah, and during the reign of Jeroboam son of Jehoash king of Israel:

When the Lord began to speak through Hosea, the Lord said to him, “Go, marry a promiscuous woman and have children with her, for like an adulterous wife this land is guilty of unfaithfulness to the Lord.”

Staying alive is a lot of work for a disabled person in an ableist society, and that work has been a big part of my forty-six years on this planet.

The year I turned twelve, I learned how to lie.

One: Romantic Winter: The Season in Sight

I recall my first snowstorm as though it were yesterday, though it was, as it happens, November 12, 1968.   The snow began to fall just after three o’clock.

The leather-bound volume was nothing remarkable.  To an ordinary historian, it would have looked no different from hundreds of other manuscripts in Oxford’s Bodleian Library, ancient and worn.

Part of the “Furrowed Middlebrow” collection published by Dean Street Press, this particular book has slightly sharper edges and deeper dives than I expected. It still qualifies as “cozy lit” but it was just that much more interesting.  It’s a portrayal of Charlotte, a woman who comes to maturity in the presence of domineering women, including her own mother and the outré mother figure Mrs. Gamalion.  Charlotte’s own daughter is on a path to become just like her grandmother (Charlotte’s mother).  It’s also a portrayal of a house and its effect on Charlotte.  This is also one of several novels I have read which involve stodgy English people sojourning in Italy.  I have never read a novel in which Italians sojourn in stodgy England.  Are there any?

This novel was written in the late 1950s or early 1960 but was not published then.  The internet says that the author’s heirs found the manuscript and had it published in 2022.  In my kindle version there were a few annoying typos, such as a sudden renaming of a main character, that threw me off a bit, but otherwise it was a surprisingly good read.

God loves God’s people, despite the people being unfaithful.  Also, God’s gonna punish the people, rip them to shreds.  Also, God loves the people.  Metaphors include prostitute, bread, and vine.  This book is where the phrase “reap the whirlwind” comes from.  Also includes “sacred raisin cakes.”  It was a surprise to me to discover that raisin cakes could be sacred.  No recipe was included.

This book was part of my self-assigned reading material to better educate myself on the lives of disabled people.  I found it to be eye-opening, but I still have a lot more to learn.

For Y.A. lit, this became a bit of a page-turner near the end.  A fairly unhappy ending for children’s lit, but I enjoyed the characters and plot..

For book club. Beautiful writing. This book makes me thankful for this and all Canadian writers.

I want to read Disability Visibility--I feel like it would teach me A LOT. (And teach me that I still have a lot to learn)