Below are the first lines of the books I finished reading in August.

When Mr. Hiram B. Otis, the American Minister, bought Canterville Chase, every one told him he was doing a very foolish thing, as there was no doubt at all that the place was haunted.

Tree of Life, Seeds of Death

I pulled open the glass outer door of the Tree of Life synagogue and went in to retrieve my son.

When Ulf Varg, a senior member of Malmö’s Department of Sensitive Crimes, awoke that morning he was aware that he had been dreaming.

Morning-room in Algernon’s flat in Half-Moon Street. The room is luxuriously and artistically furnished. The sound of a piano is heard in the adjoining room.

[Lane is arranging afternoon tea on the table, and after the music has ceased, Algernon enters.]

ALGERNON.  Did you hear what I was playing, Lane?

LANE. I didn’t think it polite to listen, sir.

ALGERNON.  I’m sorry for that, for your sake. I don’t play accurately—any one can play accurately—but I play with wonderful expression. As far as the piano is concerned, sentiment is my forte. I keep science for Life.

When people ask me what I do – taxi drivers, dental hygienists – I tell them I work in an office.

The cross and the lynching tree are separated by nearly 2,000 years.  One is the universal symbol of Christian faith; the other is the quintessential symbol of black oppression in America. Though both are symbols of death, one represents a message of hope and salvation, while the other signifies the negation of that message by white supremacy.

The Canterville Ghost:  An amusing chronicle of the tribulations of the Ghost of Canterville Chase when his ancestral halls became the home of the American Minister to the Court of St. James.  By Oscar Wilde.  1906.  ~23 pages.  Available at The Project Gutenberg.

Quite amusing and enjoyable.  An interesting portrayal of Americans.  Read it for Book Club.

Mental Immunity:  Infections Ideas, Mind-Parasites, and the Search for a Better Way to Think, by Andy Norman. © 2021. 421 pages.

This book is part philosophical treatise, part self-help book.  As a person of faith and a non-philosopher, I found it a challenging read.  I wanted to have examples to help me understand the philosophical points, but perhaps on purpose, the author leaves us to try to work that out on our own.  Reading this book was well worth it when I got to the section explaining the expression “hoist on his own petard.”  It would be cool some day to have a conversation with this local author, and I envy his university students who easily have the opportunity to do just that.

I have to love a book that has a political party called the Moderate Extremists, and a crime involving a cat show.  This is an extremely short, light story.  In future, I hope to read more about Detective Varg.

The Importance of Being Earnest: A Trivial Comedy for Serious People, a play by Oscar Wilde

“A handbag?!”  (Just say that line in a British accent while trying to portray a sense of moral outrage, and you will have grasped the whole thing.)

Hilarious. I also watched the 1950s movie version, which leaves out some lines that are political in nature, but I found quite enjoyable.

Second time reading this book.  Reception at book club was mixed, but I really like this book.  The characters are engaging, iif sometimes unrealistic.  The psychology examined was quite interesting and, to me, profound.

A short but deep theological examination of America’s inability to confront our history of lynching, even as a large portion of our populace call ourselves Christian.   American Christians should read this book, even if you have to skim over some of the thornier theological parts.  I found the language and style quite readable, but it provoked much pondering, and it’s a tragic, difficult subject. I’m very much looking forward to the discussion of this book at my church.

I was not able to finish this book, but might return to it  later.

This honored historian died recently.  I had not heard of him, and wanted to try reading something by him.  The library had this book on kindle, but I was not able to finish (what with my other reading obligations) before the library snatched it back.  The part that I have read is quite readable.

I might prefer to get ahold of one of his other books:  North of Slavery: The Negro in the Free States, 1790-1860 (University of Chicago Press, 1961),  The American Labor Movement (1962) or Been in the Storm So Long: The Aftermath of Slavery (1979).  For that last book he won the National Book Award and the Pulitzer Prize for History.

Ring the bells that still can ring 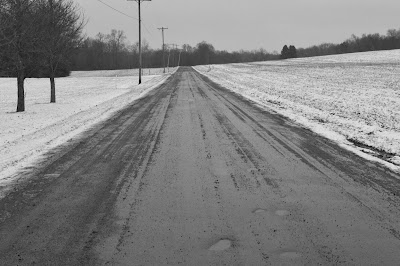 All you life-loving folks who are celebrating the legislation in Texas, go ahead and rejoice that you’ve gotten your way.  Sing your hallelujahs.

Your approval of vigilante action against women reminds me of the East German Stasi.  Look over your shoulder often because people are watching.  Be sure to turn your neighbor in, and collect your money.  Betrayal’s the name of the game for you now. If you don’t like your neighbor you can do something about it now. Anyone can betray another with a kiss and collect 30 pieces of silver.

If you seriously wanted to prevent abortions, you would pass universal health care in a big hurry.  You would make contraception free.  You would make good prenatal care free.  You would extend the child care tax credit so that it could be at least a little easier to raise a child. (And you would not send unvaccinated children into schools without masks like lambs to the slaughter.)

My friends know my husband and I have three lovely, wonderful, grown children.  What they probably don’t know is that I had four pregnancies.  Here's how the first one went. Missing my period, I went to our HMO, where they did a pregnancy test.  I was about eight weeks pregnant.  But all I can remember is that the doctor shouted at the cowering staff.  He seemed very angry.  Dr. Angry. He examined me, told me nothing, and got me out of there before I used up too much of his time. 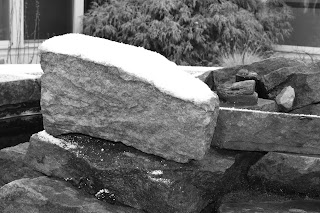 A few days after my initial doctor visit, I found myself bleeding through pads at a rate of several per hour.  I called Dr. Angry, who told us to go to the emergency room at our assigned hospital.  We waited several hours in the overcrowded ER waiting room.  The bathroom was disgusting, filthy, with the trash can overflowing. I contributed much to the pile of trash. Soon I ran out of pads. I was not in pain, but I could not manage all the blood.

Remembering this makes me shiver.  I did not really understand what was happening to me.  My main focus was the overwhelming bleeding. So much uncontrollable blood.

Once I finally got out of the waiting room and in to see a doctor (not Dr. Angry), things were a little better, although I continue to bleed profusely.  Every staff person treated me with kindness and professionalism.  Away from the ER waiting room, the hospital was quiet and clean.  They did some kind of test (a sonogram?), and explained that there was no evidence of a fetus.  The doctors explained that I would need to go under anesthesia to have a procedure, essentially to empty out my uterus.  Okay.  I prayed.  I felt the nearness of God as they wheeled me into the surgery room.

Afterwards, I remember lying in a hospital bed, recovering from the procedure.  They had given me a drug to make my uterus contract to be sure all the detritus would be expelled.  That was painful.  Then a staff person, not a doctor, perhaps a nurse, but probably not, entered.  This person asked me, “Did you want this pregnancy?”  I sobbed and could not answer.  I only nodded.  Yes, I wanted this pregnancy. 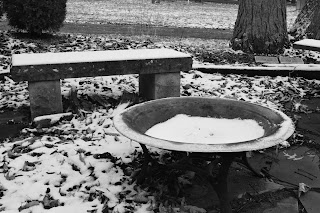 I did not realize until later that the question was probably designed to explore whether I had tried to abort the pregnancy on my own.  I have no idea if that person was asking for her own judgment of me, or if my answer became part of my medical history.  A miscarriage looks very much like a self-abortion attempt.  I can’t think of a way to distinguish one from another.

As far as I can remember, I was offered no counseling.  I can’t remember how much more time I spent in the hospital.  I recovered at our apartment, in the loving care of my husband.  I had told everyone at work about my pregnancy, and now I had the embarrassment of telling them about my miscarriage.  I asked myself what I had done wrong that caused the miscarriage.  Was it that time I dove into the swimming pool?  Was it something I ate?  Something propelled me to place the blame on myself.   In our culture, it must be the woman who is at fault.

Every person who helps a woman undergoing a miscarriage will now be at risk of the new judicial system delivered by the Stasi of your state.  (Yes, vigilantism is likely coming in your state, too.) This also puts at risk the woman who is miscarrying.  Will that woman dare to ask for help?  Take a bleeding miscarrying pregnant woman to the hospital and you could be accused.

We asked for signs

the signs were sent:

signs for all to see.

Ring the bells that still can ring

There is a crack in everything

That's how the light gets in.

HIstory of these United States, the month of September

As of 2017, the segregationist language was still in the Alabama state constitution.

One of the bombers was convicted in 2001, after eluding justice for 38 years.

[This hurricane likely inspired some scenes and plot in Zora Neale Hurston’s book Their Eyes Were Watching God.]

[This incident involved no violence, but for me it is quite poignant. It would have been so simple to just address the witness with the honorific.  The case was appealed to the US Supreme Court.  “In March 1964, with three of nine justices dissenting, the U.S. Supreme Court overturned Ms. Hamilton's contempt citation.”]

From the article:  “little about the carnage in Elaine was unique during the summer of 1919. It was part of a period of vicious reprisals against African-American veterans returning home from World War I.”

Posted by Common Household Mom at 12:53 PM No comments: