Getting Ready for the Exodus

It's P minus 2:  2 days until the Passover Seder on Monday night.  So far I've used 16 eggs.  But I haven't made the subtle and elusive Marble Sponge Cake yet. That cake takes 10 eggs.  And 5 bowls.

Looky what you can order from Amazon.com:  Manischewitz and Tom Wright arrived in the same box!  How's that for interfaith?  I can't buy potato starch here in the grocery store, nor can I find N.T. Wright's books in the nearby bookstore. 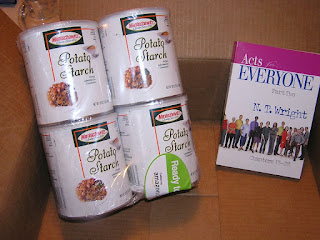 Chicken soup.  Matzo balls still to be made (another 2 eggs there). 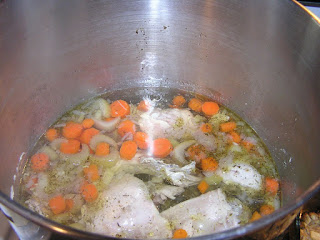 Baking Cake #1:  Miriam's Passover Torte.  This cake takes only 6 eggs, but requires grating the chocolate.  I did it in the food processor, and it left a fine chocolate dust all over everything.  Sounds delicious, but actually it's just messy. 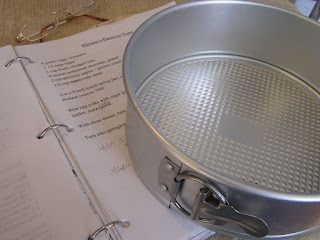 Starting to set the table - the seder plate, candles, and haggadahs 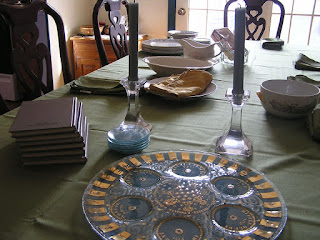 Common Household Thoughts about God and the Bible

Conversations recently overheard in the Common Household.
Husband:  Do you think that God would be in favor of national health care, or against it?
Youngest Daughter:  On the one hand, since God wants us to solve our problems ourselves, he is against it, but on the other hand, God wants us to survive, so therefore God would be in favor of it.
Oldest Daughter:  Since we all know that God is a Democrat...
Husband:  You mean, a Libertarian.
* * * * * * * * *
Me:  The Bible study is on Acts.
Son: Is Ax part of the Book of Armaments?
Me:  It’s the Acts of the Apostles.
Son: The Ax of the Opossums?
* * * * * * * * *
Husband:  How come God didn’t make us with eyes like the octopus?
Oldest Daughter:  Because we are narrow-minded and we can only see one point of view.
Posted by Common Household Mom at 8:53 PM 1 comment:

Earlier today I sent Oldest Daughter off in our car, by herself.  Driving solo to her music lesson.  It was her first trip out after getting her driver’s license.

Trying not to worry, I remarked to my son, “I hope she comes back!”
He said, “She’s probably half-way across the state by now.”
I said, “There’s not that much gas in the car.”
He replied, “Then she has probably run out of gas half-way across the state.”
Sigh.  That was not helpful.
But no, she came back about an hour later.  She did not crash the car, did not run out of gas, and did not have to parallel park the car.  Bravo!
In celebration, I made Scallops Linguine AND Macaroni and Cheese The Shell Kind Not The Elbow Kind.
Departure... 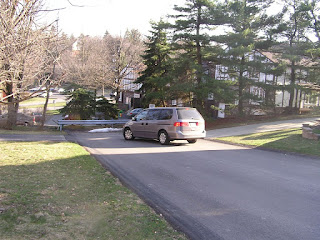 Pies we have known and loved

It is fortuitous that the Greeks decided to name one of their letters after this delectable dessert. My mother's apple pie (or any pie made by my mother) is heavenly.  Here are a few samples of the closest we have gotten to her shining example. 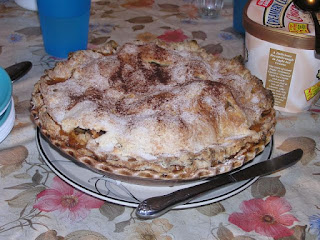 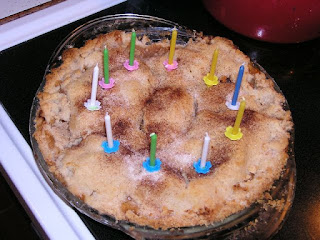 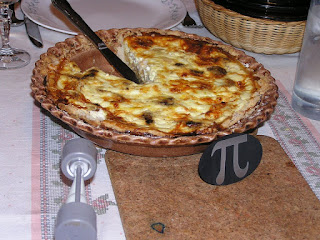 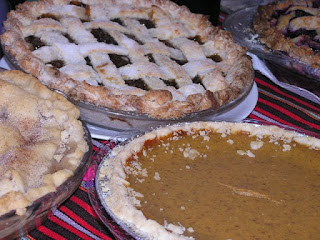 Saving the Ecosystem, One Gefilte Fish at a Time

The goyim are not fond of gefilte fish.  Speaking for the goyim, I can say that gefilte fish is okay if you have it with some horseradish sauce, but otherwise it’s like eating salty gelatinous paste with a fishy smell.  If the Israelites leaving Egypt ate this stuff, then I’ll eat my hat.
The Children of Israel love gefilte fish.  I will never understand why.  Maybe it’s biblical to love the unworthy.  I mean, look at it.  Is it lovable?  No. 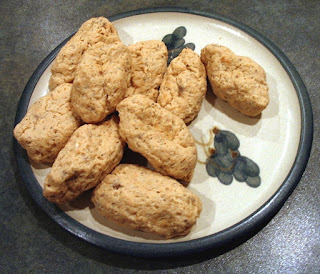 But consuming gefilte fish is now good for the environment.  I am not making this up.  It has to be true ‘cuz I heard it on NPR.
http://www.npr.org/templates/story/story.php?storyId=124459181&sc=emaf
Surprise #1: Israel currently has a shortage of gefilte fish.  This is not good, what with Passover starting in 21 days. It just wouldn’t be Passover without gefilte fish.
Surprise #2: Israeli gefilte fish producers get most of their fish from Illinois.  Illinois?
Surprise #3: The kind of fish they get from Illinois is Asian carp. Talk about yer globalization.
Israel put a hefty tariff on imports of Asian carp, so gefilte fish producers stopped importing the fish from Illinois.  And here’s the environment part.  The Asian carp are pests, getting huge and eating up normal fauna as they swim up the Mississippi River.  The waterways of Michigan need our help, folks.  With the Israeli fish factories not buying Asian carp, they are going to overrun the rivers and lakes (the carp, not the Israelis).  So this year, we all need to eat twice as much gefilte fish, so we can reduce the Asian carp population.
This is serious.  Secretary of State Clinton is using diplomacy at the highest levels to solve the problem.  Let’s do our part.  Don’t forget the horseradish sauce.
Posted by Common Household Mom at 10:19 PM 2 comments:

Back in February (oh, that dreadful month!), when it seemed like the temperature was never able to get above freezing, I mentioned to my husband that even though the snow couldn’t be melting, when I measured the snowpack it was an inch or so lower than the previous day.  (Yes, I was maniacally measuring the snow.  I like counting things.)

Common Household Husband said, “The snow is melting.  It melts according to the formula PV=nrt.”

“Huh?  Are you quoting the formula for the present value of money?”  I reached into the dim recesses of my mind, recalling that PV means “present value” and the formula probably included an “r” in there somewhere to represent the interest rate.  But “n” and “t”?

Yeah right.  I was believing the formula part, but when he named it Frank, my skepticism skyrocketed faster than the temperature rise of a gas under pressure.

Thus speaks the scientist.  Except we should keep in mind that he is a biologist, not a physicist.  Frank’s Law, indeed.  It’s great hanging out with scientists.  They have a different law for everything.

In any case, whether it’s Frank’s or Bob’s or Joe’s law, we hold hope of actually seeing the grass sometime soon.