Here are the first lines of the six books plus one essay I finished reading in June.

Book 1
I shouldn’t have come to this party. I’m not even sure I belong at this party.

Book 2
When I was a kid, my aspirations were simple. I wanted a dog. I wanted a house that had stairs in it—two floors for one family.

Book 4
Late one evening toward the end of March, a teenager picked up a double-barreled shotgun, walked into the forest, put the gun to someone else’s forehead, and pulled the trigger.
* * *
This is the story of how we got there.

Book 5
The beach is not the place to work; to read, write or think. I should have remembered that from other years. Too warm, too damp, too soft for any real mental discipline or sharp flights of spirit. One never learns. 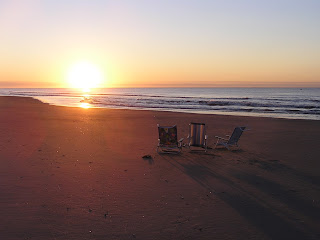 Book 6
"Hey! You! Macaroni Boy!"
Mike Costa whirled.  He'd recognize that voice anywhere - Andy Simms, the worst kid in the Strip.  And I have the rotten luck to have him sitting right next to me in Sister Mary John's sixth- grade class.

Book 1
The Hate U Give by Angie Thomas.
This is a Young Adult novel which I found quite effective at getting to the heart of one African American family’s will to simply survive in 21st Century America.  That struggle has got to be resulting in PTSD.   It includes some comic relief in the form of discussions of food and culture.  I recommend this book.

Book 2
Becoming, by Michelle Obama, © 2018.
How Michelle Obama made her way in the world, raised her children.  Ample evidence of the nastiness of politics and the long-term effects of Jim Crow.
A quote:
My grandfather, born in 1912, was the grandson of slaves, the son of a millworker, and the oldest of what would be ten children in his family. A quick-witted and intelligent kid, he’d been nicknamed “the Professor” and set his sights early on the idea of someday going to college. But not only was he black and from a poor family, he also came of age during the Great Depression. After finishing high school, Dandy went to work at a lumber mill, knowing that if he stayed in Georgetown, his options would never widen. When the mill eventually closed, like many African Americans of his generation he took a chance and moved north to Chicago, joining what became known as the Great Migration, in which six million southern blacks relocated to big northern cities over the course of five decades, fleeing racial oppression and chasing industrial jobs.
…
the big factories in Chicago regularly hired European immigrants over African American workers. Dandy took what work he could find, setting pins in a bowling alley and freelancing as a handyman. Gradually, he downgraded his hopes, letting go of the idea of college…

Reading it made me appreciative of what the Obama family gave of themselves for our country.

Book 3
“Total Eclipse” (essay) by Annie Dillard, in the collection The Abundance © 2016.  Essay originally published in 1982 in Teaching a Stone to Talk.
You can read Dillard's essay at this link.  Her depiction of a total solar eclipse as mind-blowing is reinforced in this more recent account of an eclipse.

Book 4
Beartown, by Fredrik Backman, © 2016 (originally published in Swedish in 2016 as Björnstad) ; English language translation copyright © 2017 by Neil Smith.
Ugh. Had to slog through it, but I did finish.  I did it for the team, ha ha, that is, for book club.  It’s the story of a violent incident in a violent small Swedish town but mostly about a violent sport – hockey.  If I have to read one more sentence about how hockey demands everything…  That said, I think it is hard to write about teenagers for a non-teen audience, but Backman’s teen characters seemed believable to me.

Book 5
Gift from the Sea, by Anne Morrow Lindbergh, © roughly 1955, renewed in 1975 and 1983.
This is a treatise on the author’s philosophy of a woman’s life cycle.  It seemed odd to me that Lindbergh wrote of the fruits of feminism, in 1955.  (It’s not clear if she updated the book in 1975, or just wrote a new preface/postlude.)  Had feminism produced big gains by 1955?  Some excerpts:
- Every person, especially every woman, should be alone sometime during the year, some part of each week, and each day. How revolutionary that sounds and how impossible of attainment.

- The problem is more how to still the soul in the midst of its activities. In fact, the problem is how to feed the soul.

- Mechanically, woman has gained in the past generation. Certainly in America, our lives are easier, freer, more open to opportunities, thanks—among other things—to the Feminist battles.

I counted this in the “beach read” category in the library’s Bookshelf Bingo.

Book 6
Macaroni Boy, by Katherine Ayres. © 2003.
Children’s lit.  Taking place in Pittsburgh during the Great Depression, this book is about a 6th grade boy confronting a bully.  Includes a banana warehouse explosion that happened in real life.  It was a pleasant and unusual experience to read a book that takes place in our area.