Before the retreat:  We were instructed to bring old magazines to the retreat, to cut up and use.  So I hauled some National Geographics from 1990 out of the attic.  My husband looked at them suspiciously and said, “What are you doing with all those old magazines?”  I said, “I’m taking them to the retreat, and I will not be bringing them back home.”  He cheered up and said, “Oh!  Is there anything else you can take to the retreat and not bring back?!”

During the retreat: And here is what we did with the magazines at the retreat. 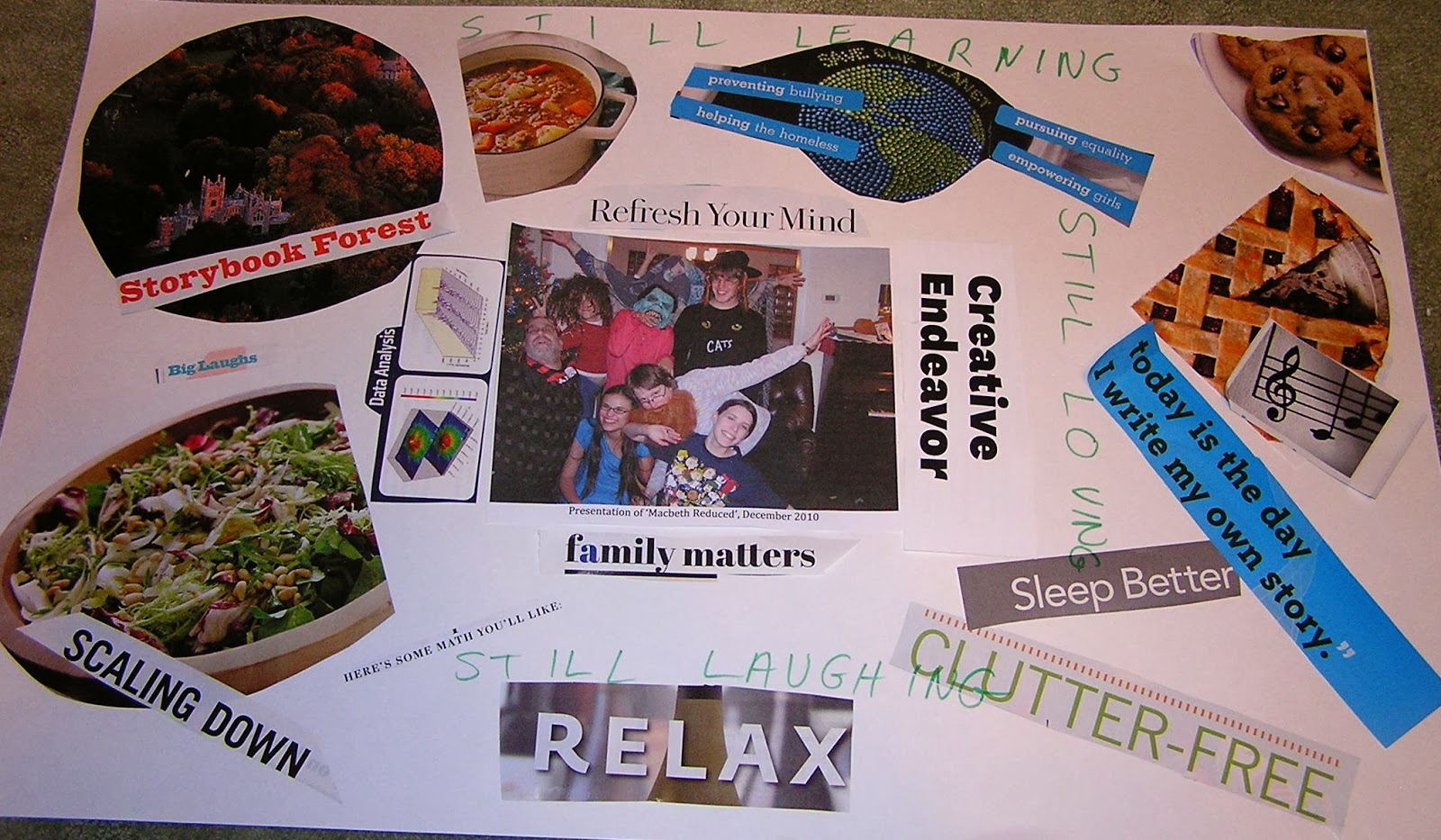 It was either a “vision board” or else a “stuff I like” board.  When making it, I was rather unfocussed.  Plus it’s hard to find stuff about God and faith in the magazines we had available.  Mine ended up as a mish-mash of things I like now, such as soup and cookies, and things that are unattainable goals, such as being clutter-free and saving the planet.  Not deeply spiritual, but to me, God is behind, in, and through every part of my life.  There is something heaven-like about a bowl of hot soup or a good pie or a story or a restful night of sleep. The retreat was full of affirmation, which is a privilege and a blessing and a necessity.

We were instructed to bring our favorite photo of ourselves, and that is the photo in the middle of my collage.  I am the one with the red beard.

For the object representing me as a work of art I brought… Einstein, of course!  He’s my muse when I am attempting to write about science.  He enjoyed getting out of the house, although perhaps he didn't dress warmly enough.

We painted these mason jars with some sort of glass stain.  I tried to get artsy-fartsy with mine, making strategic drips, but it only ended up looking, well, drippy.  Still, it makes a pleasant glow. 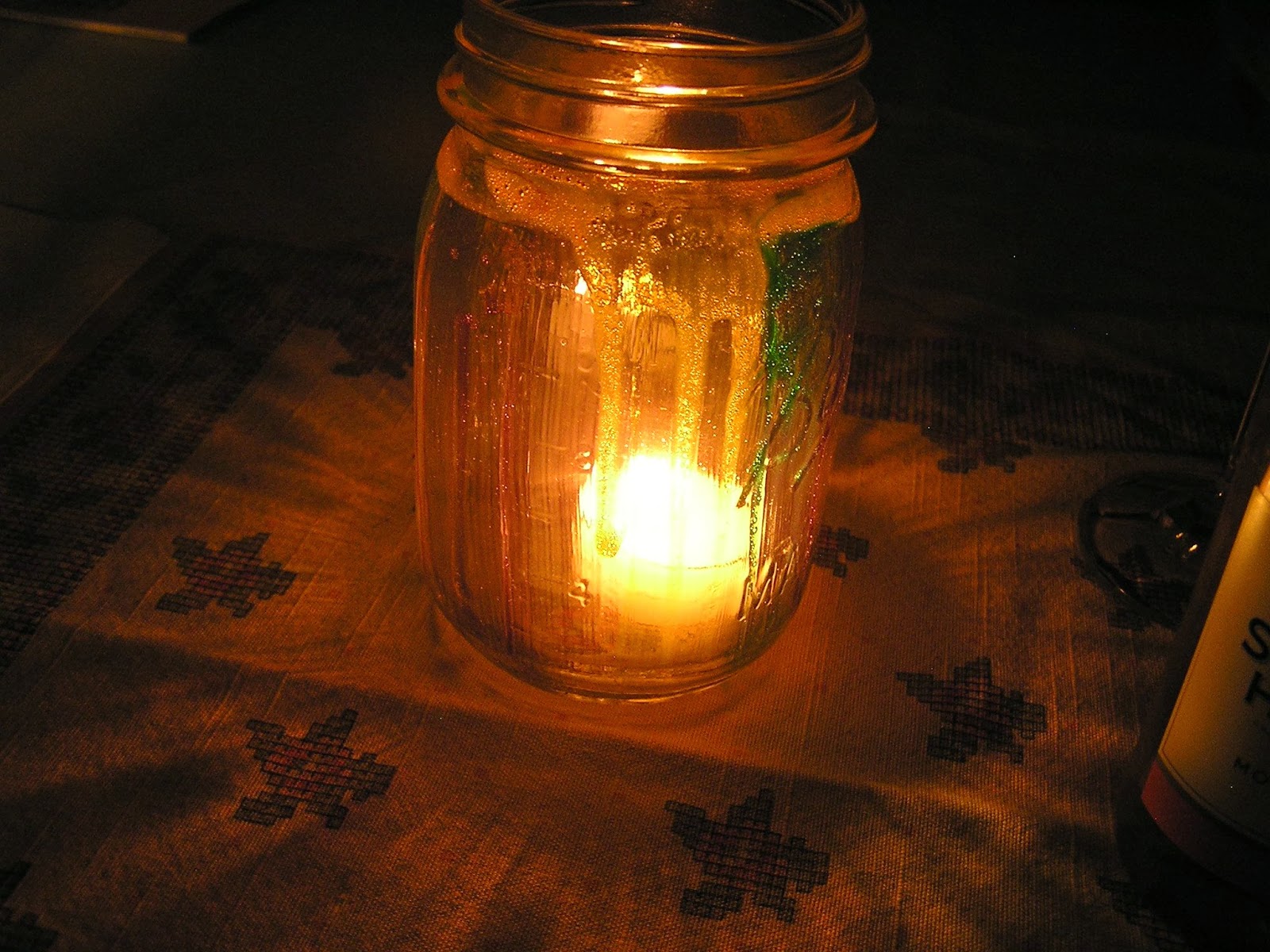 After the retreat:  We drove home in a snowstorm Sunday afternoon.  I was driving, and dropped my two friends off, sliding the whole way around town.  I said the word “Crap” and other more interesting synonyms numerous times before finally getting home, exhausted.  It was a harsh re-entry.  I want to reschedule next year’s retreat for March instead of January. 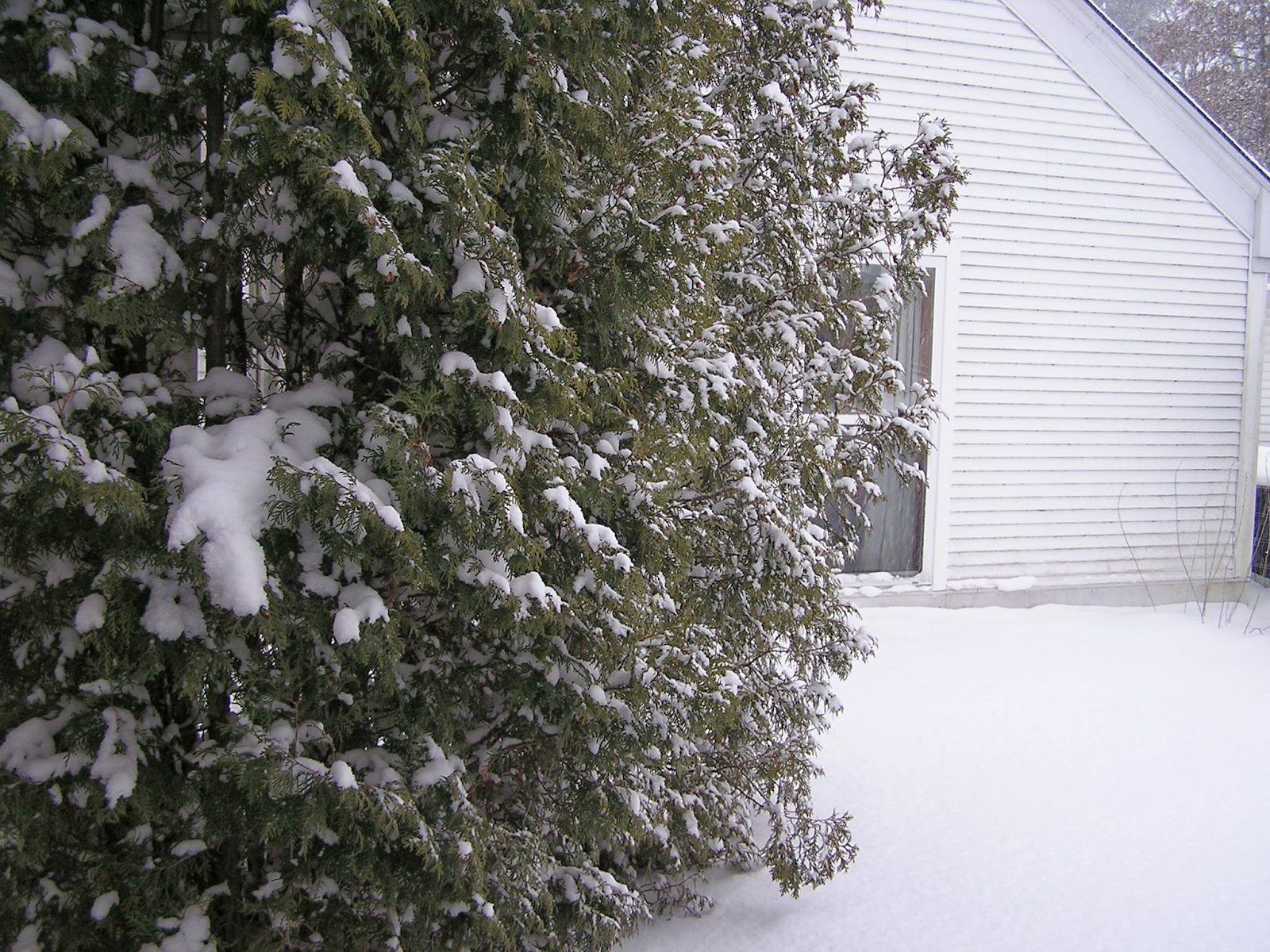 Tracks and lists and boxes

Back in November, I was conversing with my husband in the hospital room as he recovered from heart catheterization.  I said, ‘While you were having your procedure, the women’s retreat planning team decided to use Psalm 84 as the main scripture for the retreat.  I looked it up, and it’s a good one:  ‘How lovely is your dwelling place, O Lord.’  That’s one of my favorites.”

He replied, “So the retreat is going to be about home renovations.”

The retreat is in one week, and the topic is not home renovations.  Our assignment is to bring “some object that expresses a way in which you are a work of art.”  Hmm.  Not a work of art that I have made, but how I am a work of art.  (As an aside, I must say that this would never be assigned for a men’s retreat.)

Me, a creative product?  That would be recursion at its best – I am a creative product when I am being creative.  That’s the genius of God (evolution?) right there, creating a creative creature, thereby perpetuating the act of creation, even while resting on the sabbath. Therefore, a work of art that I have made would be an object expressing a way in which I am a work of art.

I wonder if evolution rests on the Sabbath.

What would you choose as an object to express how you yourself are a work of art?

Would you prefer a question about home renovations?  What home renovation project best reflects you?  What assignment would be good for a men's retreat?  Do you wish I would stop asking questions?

I welcomed in the first working day of the new year with a migraine, my first in a very long time.  I conjecture that it was caused by doing work (prolonged gazing at the computer screen) for the first time in four weeks.  By mid-afternoon, I knew I needed help, so I asked the two older kids to make dinner, a menu of meat loaf and baked zucchini sticks.

By dinnertime, the migraine was partially controlled by massive doses of ibuprofen, so I was able to be at dinner with the rest of the family.  That made me grateful.

Me:  Thank you, Older Daughter, for making the meat loaf.

Son:  You forgot to make it in a loaf shape.
He is correct – it was just flat in the 9x9 inch square pan.  It is more like a meat slab.  But as a mother, I knew that I must ignore this, and in fact need to encourage my children to do things on their own, even if the first effort is not the way I would have done it myself.

Husband, voicing his suspicions about the meatloaf:  Is this made out of named meat or unnamed meat?*

Husband harumphs, because he knows that I am attempting to get him to lower the fat in his diet.  He doesn’t like it.  I decide to steer the conversation in a different direction.

Me:  Son really went above and beyond, because he cooked the zucchini, which he does not even like.

Husband:  Well, sometime he might have to build a bridge he is not going to drive on.

Younger Daughter:  Or he might have to build a time machine that will not alter his own time line.
(Someone has been watching too much Doctor Who!)

Son:  But it is unlikely that I will have to build a bridge that I don’t like.

Older Daughter:  I am of the opinion that there are not many time lines, but time is a one-ribbon thing.

Younger Daughter: No, every time you make a decision it makes another time line.

Husband:  Or time is like it is in Happy Accidents.

Me:  Dad really likes the movie Happy Accidents.  He likes it as much as I like the movie…
(At that moment I am struck with brain freeze and can’t think of the name of the movie that I love so much.  There aren’t that many of them; why is it so hard to remember it? The conversation continues for quite some time without contributions from me.)

Older Daughter:  Another movie Dad inexplicably likes is Sky High.  Mom, what movie do you like as much as Dad likes Sky High?

Me, brain suddenly unfrozen:  A Room With a View!  The movie I really like is A Room with a View.  I couldn’t think of it before because of my migraine.

Husband:  Your migraine is probably due to a rupture in the space-time continuum.
(Someone else has been watching too much Doctor Who!)

Every problem in the world could be due to that rupture.  I think it also explains why I have been 5 minutes late to things ever since my kids were born.

Update:  Here is the recipe he used for the zucchini sticks:  Low-Fat Oven-Baked Zucchini Sticks.  They were really good, a hit with everyone except the person who cooked them.

* A reference to a line in some book by Terry Pratchett, whose style includes writing long asides in footnotes.  Terry Pratchett is very clever, and the Common Household often makes reference to “named” vs “unnamed” meat, but I don’t like his style of writing.  Then again, he probably wouldn’t like my style, so we’re even.
Posted by Common Household Mom at 7:07 PM 6 comments:

So far this year

Okay, folks, the beginning of 2014 has been really busy in the Common Household.  Mostly I’ve been relearning how to cook for five instead of three, coping with the Vulcan Death Grip of Coldness that has struck the nation, and preparing for my church’s women’s retreat.

Here are a few photos of some other Common Household activities.

The traditional New Year’s Day cleaning of my desk.

Younger Daughter was bored, and somehow this resulted in my Son explaining calculus (Riemann sums, limits, and derivatives) to her.  They both seemed to be enjoying it.  When I first learned about Riemann sums, I thought they were the greatest thing since sliced bread, and in fact, were rather like sliced bread.

We went out for brunch at a fancy place, to celebrate a successful semester for our college students.  This included gooey desserts, and a doughnut machine, which makes fresh doughnuts right in front of you.


Our joy is tinged with sadness, though.  Today I broke our beloved orange cat salt shaker.  The black cat pepper shaker will be very lonely.  It was wonderful to say, “Please pass the orange cat” while dining, and now we can’t say it any longer.

Tomorrow the college students return to their lairs in Collegetown, and our own town will be warm enough for Younger Daughter to finally attend a full day of school.  At last.