My favorite tree is the redbud tree outside the main building at the Old Folks' Home where my mom and my aunt live. 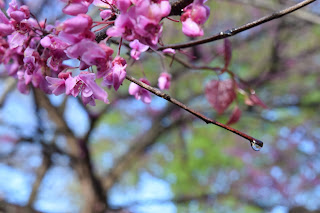 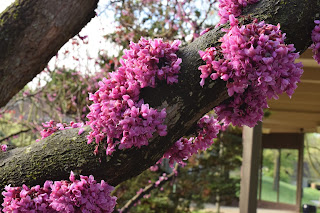 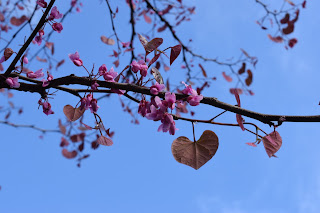 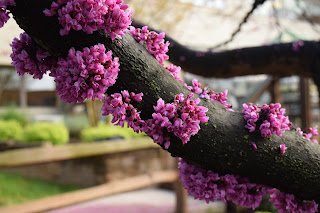 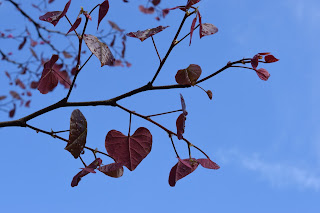 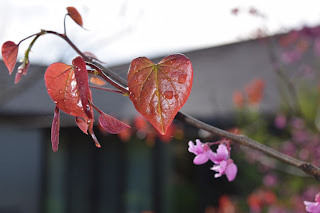 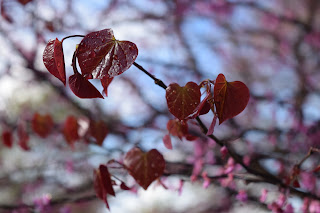 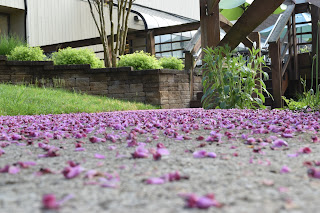 Who could not love a tree that has all those flowers hugging the branches, and then bursts forth in heart-shaped leaves?

And then there are these instances of a sort of pink:

Lately I sometimes feel like the guy in the first painting.  But sometimes I feel more serene, like the second painting, which was inspired by Italian cathedrals.

This post was inspired by Carmi at Written Inc, who asked all y'all out in blogland to post photos on the theme of pink.

Posted by Common Household Mom at 10:31 AM 5 comments:

The days of leaving a morning note for Younger Daughter before she headed to the school bus have ended now. She will be starting a new chapter in the School of Life in August.  Before she moves on to college, here are reminiscences from Tuesdays.

Dec 6, 2016: History Quiz
I am guessing that for some reason YD did not go to school on that Monday.  Why let a good Monday Morning Quiz go unused? 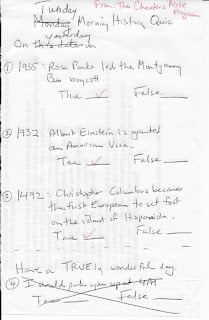 Feb 7, 2017: Mongols
Because what everyone needs on a Tuesday is a cheery note from their Mom about Mongols destroying things. 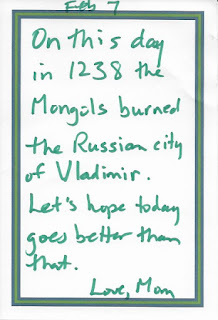 On this day in 1238 the Mongols burned
the Russian city of Vladimir.
Let’s hope today goes better than that.
Love,
Mom

Feb 28, 2017: Colorful
This is better than Mongols.  It is also what a Mom does when she is out of ideas but has little sticky note thingies. 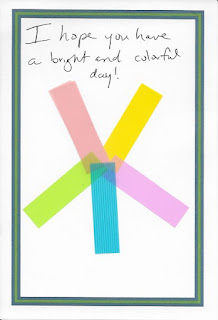 I hope you have a bright and colorful day!

March 14, 2017: Snow Report
A snowstorm was predicted for the early morning hours, giving false hope to thousands of schoolchildren.  The storm never materialized.  In fact, we had zero snow delays or closings this school year.  Utterly disappointing.  We all know there are no snow delay days in college or in life. 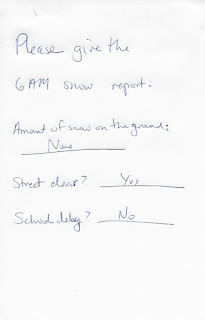 Please give the 6 AM snow report.
Amount of snow on the ground:
None
Street clear?  Yes
School delay?   No 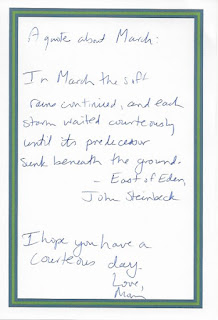 A quote about March:

In March the soft rain continued, and each
storm waited courteously until its
predecessor sunk beneath the ground.