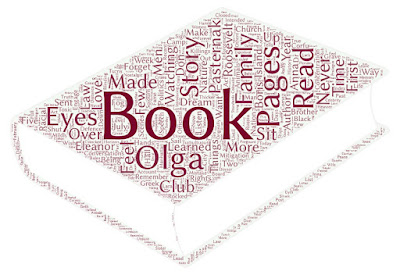 Below are the first lines of the books I finished reading in January.  I was able to complete 6 books only because I had a huge break from work at the end of December.

The first week of July 2016 was tumultuous. The nation was rocked by two killings of black men at the hands of law enforcement officials.

The Speech for the Defence

This is the story of a five-year sojourn that I and my family made on the Greek island of Corfu.  It was originally intended to be a mildly nostalgic account of the natural history of the island, but I made a grave mistake by introducing my family into the book in the first few pages.

In February 1884, just as Anna Hall Roosevelt learned that she was pregnant, a blinding fog closed over Manhattan. Thicker and heavier than any in recent memory, it shut the city down for days.

It is almost impossible, by today’s standards of celebrity, to comprehend the level of fame that Boris Pasternak engendered in Russia from the 1920s onwards.

Ships at a distance have every man’s wish on board.  For some they come in with the tide.  For others they sail forever on the horizon, never out of sign, never landing until the Watcher turns his eyes away in resignation, his dreams mocked to death by Time.  That is the life of men.

Over the past few years, conversations about politics have started feeling toxic and hopeless.  People we sit in the pew with every Sunday have begun to feel like strangers, and loved ones sitting across our dinner tables feel like enemies.

An interesting approach – using what the author learned about mitigation of climate change consequences, and applying that to how church leaders can engage in mitigation of racial crises.

This book would have been quite amusing, but the older brother is a narcissist, and that made it difficult reading for me.  If you like flowing, adjective-full descriptions of animals and nature scenes, interspersed with strange family dynamics, this is the book for you.  The writing did improve as the book proceeded.  Some really funny scenes.  For book club.

A biography of Eleanor Roosevelt, given to me by my brother and sister-in-law, in recognition of Pennsylvania voting for Biden-Harris in the 2020 election, and my part in making that happen. Eleanor Roosevelt was an amazing person.  While she grew up in a rich family, it was by no means a happy childhood.  She ended up being a spokesperson and activist for peace, human rights, civil rights, and dignity.  She was often unsure of herself, which I can relate to. This book tells her story in an engaging way.

Lara: The untold love story and the inspiration for Doctor Zhivago, by Anna Pasternak. 310 pages.  © 2017

The true story behind Pasternak’s novel – his affair with Olga Ivinskaya, as researched by a journalist who is the great-niece of Boris Pasternak.  Despite Pasternak’s passionate declarations of love for Olga, he was never able to leave his second wife Zinaida and family. Olga was sent to the gulag (Soviet concentration camp) twice.  Olga’s daughter Irina was sent to a concentration camp – most probably for revenge against Pasternak.  For book club.

This is a singular book.  To me, this book is about agency, or the lack of it - being able to make choices to control your own destiny.  I hope to say more about this book later, but the way things are going… well, we’ll see.  I read it for book club.

I did a speed read of the book.  The points made and the exercises seem excellent, but I didn’t engage in doing them.  In a sense, given the insurrection a month ago today at the U.S. Capitol, this book seems a little out of date.  The authors have a podcast, which is more current than this book, but I haven’t had time to listen.

Selections from my Equal Justice Initiative History of Racial Injustice calendar.  I’ve chosen historical items from after 1900, all from the month of January.

William James Howard, a Black 15-year-old, is lynched by three white men in Suwannee County, Florida, after one of the men accuses Howard of writing a love note to his daughter.

In Board of Education of Oklahoma City Schools v. Dowell, U.S. Supreme Court ends federal desegregation order even though it will cause racial re-segregation of school system.

Men who murdered Emmett Till confess in Look magazine.

Black history made in the past ~ 2 years in January, as hastily compiled by me

(Black people have been living in Georgia for ~260 years.)

Insurrectionists storm the U.S. Capitol Building.  The Confederate Flag is carried through the halls of U.S. Government.  Most of those involved are white.  Most walk away that day without being arrested, a stark contrast to those involved in protests against the killing of George Floyd, a Black man killed by a White police officer.

US Representative Steve King of Iowa is stripped of his committee assignments, following his white supremacist remarks.  (He lost his seat in the primary election of 2020. He had been introducing racist legislation and public comments for ~ 17 years.)

Kalief Browder, arrested at age 16,  was imprisoned for three years without trial, on accusation of stealing a backpack. His imprisonment included two years in solitary confinement, and also beatings by guards and other inmates.  The charges were dismissed and he was released from prison.  He later committed suicide.