Netflix describes Star Trek: The Original Series as follows: “Led by unflappable Capt. Kirk, the crew of the starship Enterprise delves deep into the far reaches of space to explore new worlds and civilizations.”

We were all in the car, driving somewhere. A sign at a local church advertised a talk by Franklin Graham.
Me:  “Franklin Graham is coming to that church?”

The Kids:  “Who is Franklin Graham?”

Kids: “Who is Billy Graham?”

Me:  (mental facepalm.  Could not do actual facepalm because I was driving.)

Husband:  “He’s the Captain Kirk of The Church.”

C.  Topic: The food of the French Revolution

Youngest Daughter:  Did anybody storm anything today?

Husband:  Is it ever Remington Steele Day?

YD:  Dad.  Bastille Day was the start of the French Revolution.

Husband: I thought it started when the baguettes went stale.

Me:   Lack of baguettes was part of it.

YD:  That was a different French revolution!

Husband: I forgot to ask my friend how Reykjavik is.

YD:  Who is Reykjavik?

Husband:  Reykjavik is a city in Iceland.

Me:   Your friend went to Reykjavik?

Husband: Yeah.  On her way to Israel.

Me:   Reykjavik is on the way to Israel?!

Husband:  Yes.  Iceland moves around a lot.  It depends on the season.

Posted by Common Household Mom at 8:00 AM 6 comments:

Score another point for the Corporations-Are-People-Too camp.  The town council voted to approve what I shall call a Wal-blart SuperDuperCenter not far from the Common Household, just off a two-lane road that travels through a major county park.

Several times during the contentious evening at the town council meeting, the Wal-blart representative said, “We just want to be treated like everyone else.”  The procedure of a business applying to build a property was likened to someone wanting to build a house.  Town council can’t reject a house-building project just because they might not like the person who plans to live there.

My thought to Wal-blart’s plea is just this:  You aren’t everyone else.  You are not a homeowner.  You are not even a regular retail store.  Wal-blart is a big box store, only more so.   Bigger, boxier, and blartier.

I hate to think of myself as a person who wants to block progress, but I guess I am.  The property is zoned for mixed use, and for ten years has had empty commercial buildings sitting on it.  A long time ago, it was used as a motor oil tank farm.  I should be thinking the town is fortunate to have a company willing to build there, because it really is ugly and useless now.  Still, it is hard to think of Wal-blart as progress.  I guess I prefer the eyesore we have now to increase in traffic that Wal-blart will inevitably bring through the park.

The town gave approval for a huge new shopping area last year, and already several big box stores (sporting goods, home furnishings) are in operation there, with more to come. That property, however, is on a major six-lane road, and much further than half a mile from the park.   Two years ago, another local shopping area was developed on previously empty land, with a big-box home improvement store, and some smaller shops and restaurants.  Right across the street from where the Wal-blart will be, there is already a grocery store and a Target.  I’m not a retail analyst (I hope someone is), but that seems to me like too much retail already.  Some of these stores will be going out of business.

Thinking about this store’s proximity to the park makes me sad.  I fear that there will be a lot of extra traffic on the road through the park, which is a main connector road from a 4-lane road to the six-lane road.

I hope I’m wrong about all this.

The worst part is how the deal went down.  John Q. Public just found out about the plans two weeks ago, hardly enough time to digest the idea.  By the time last night’s meeting occurred, the town council had just one week left to issue its approval.  This, more than anything else, made most people very angry.  The town council is made up of educated citizens, most of whom have been on town council for 30+ years.  They have done such a fine job in the past that no one thought to be scrutinizing their work.  I think they did not realize that a project like this should have plenty of notice to the public.  Informing the citizenry is a good way of getting some buy-in from wary people, and allows strong objectors to be fully heard.  The way it all came out makes us feel that the whole thing is duplicitous.

The reaction of the citizens was at times embarrassing in its rudeness.  There really was no need to shout down the two little old ladies who were brave enough to voice their support of the project.  People attending the meeting would have been a lot more polite if the town council had gone about things the right way.

I objected, but only put up a namby-pamby fight, in the form of attending two town council meetings. Since the property was already zoned for mixed use, I felt there was not much legal reason to prevent the plans from going forward.

I’m trying to keep this in perspective.  At least two little old ladies will be happy to get low-cost stuff. And there are several other worse things that could be installed on that property.  At least these will Not be In My Back Yard: a casino, an opium den, a missile silo, a nuclear waste disposal site.
Posted by Common Household Mom at 6:19 PM 9 comments: Before July subsides into August, I want to update you on our Independence Day festivities.  We went to visit my brother in Maryland, where we spent the weekend celebrating both the nation’s independence and my niece’s 15th birthday (Quinceanos).

First we had rehearsal for the elaborate quinceanos service.  Here is Einstein enjoying some Beethoven, played by the Common Household Son. 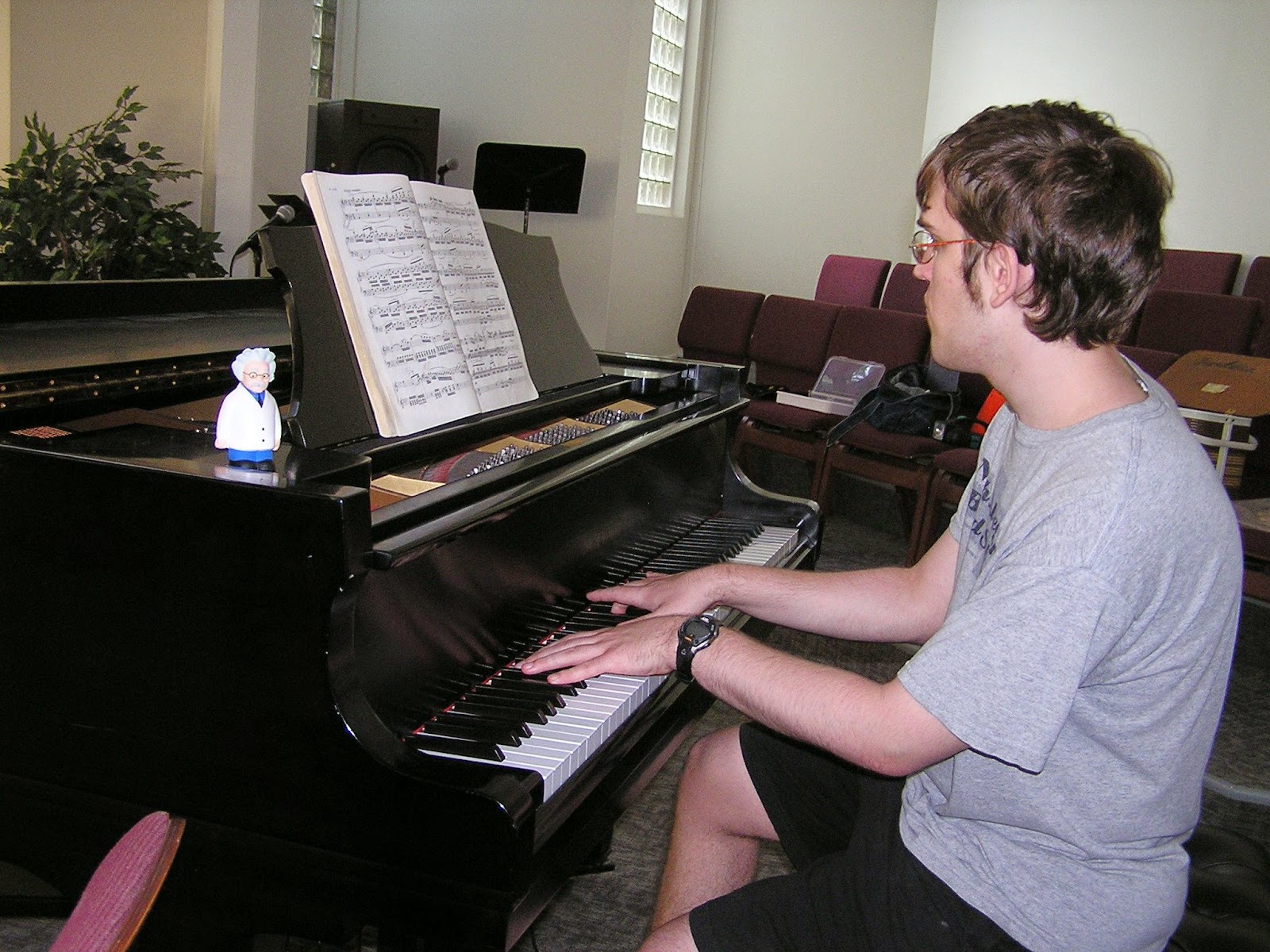 The youths (the ‘court’ of the quinceanera) practiced the waltz that they all had to do at the beginning of the party. 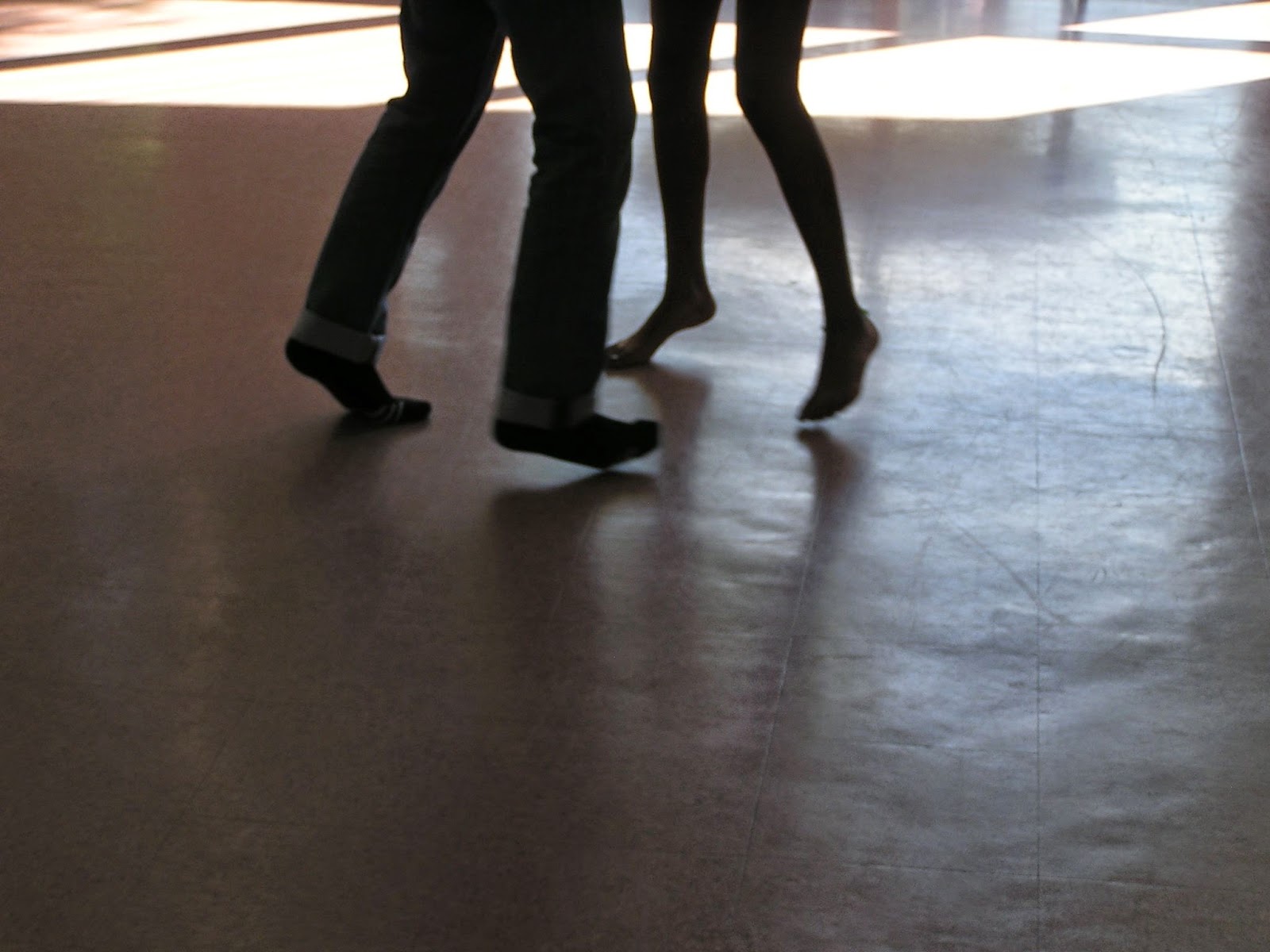 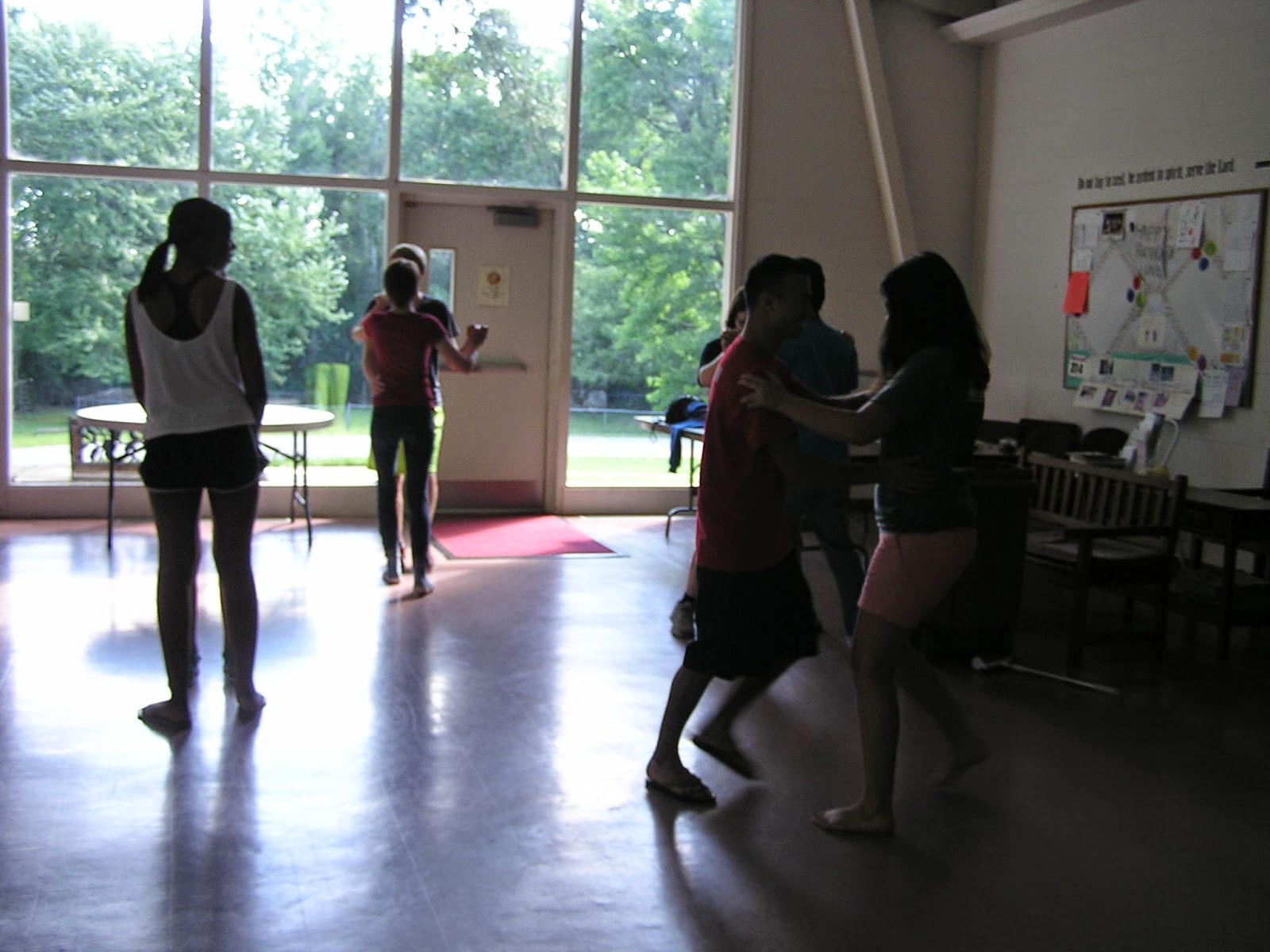 Then we went to a fireworks display at the campus of the University of Maryland.  This was Einstein’s first fireworks show, and it was a doozy. 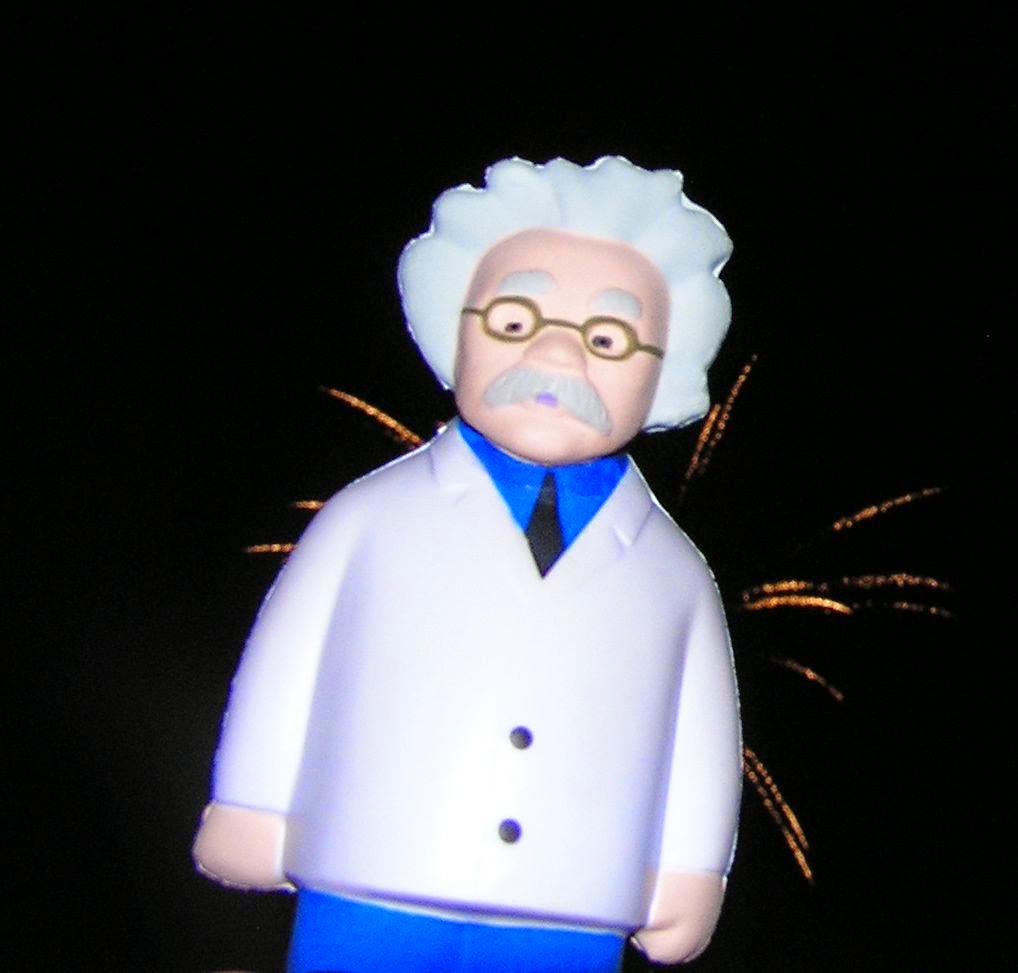 A day prior, a hurricane had sideswiped DC, leaving behind strong winds on July 4.  They started the fireworks display early, before it was even dark. 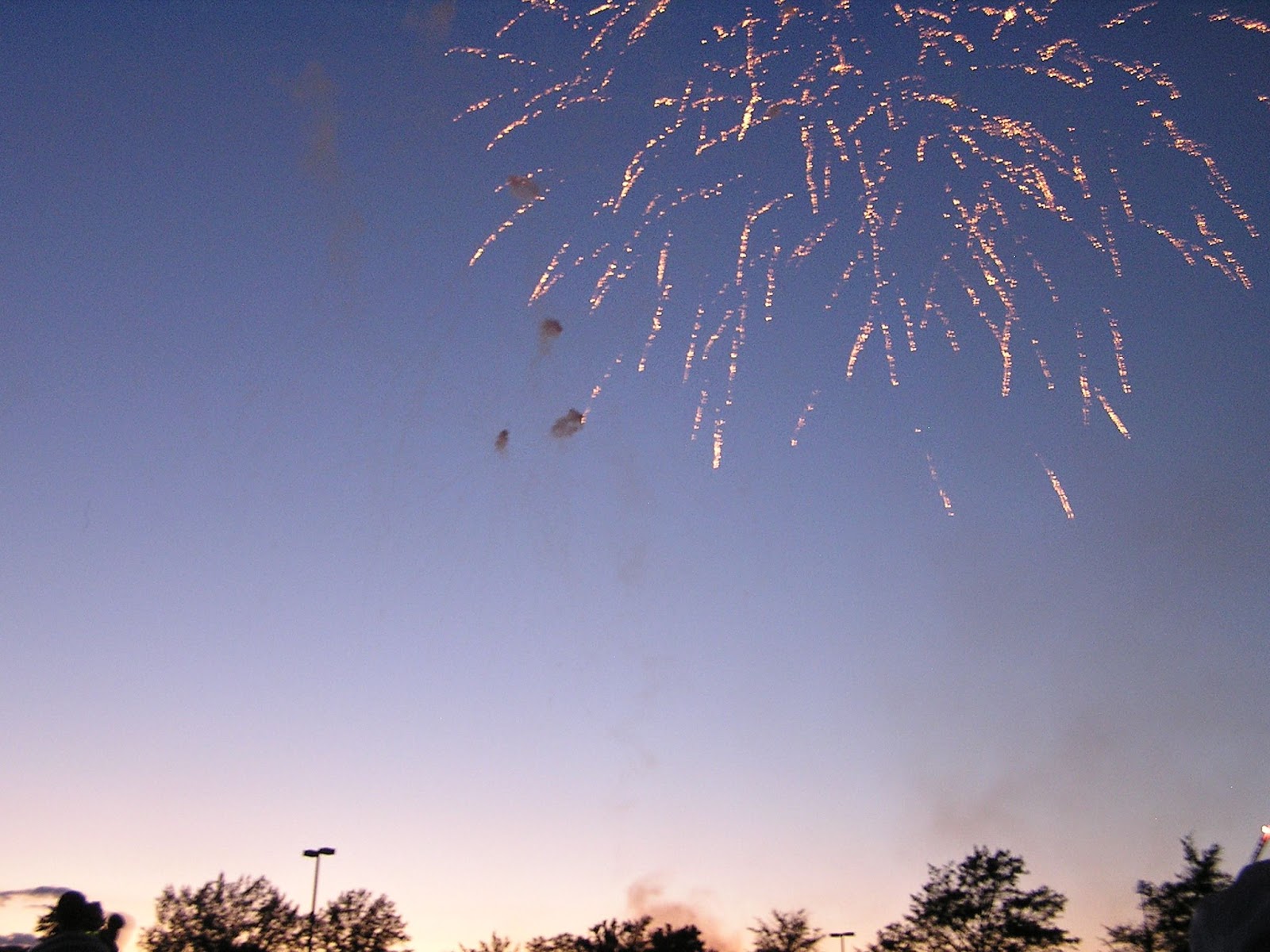 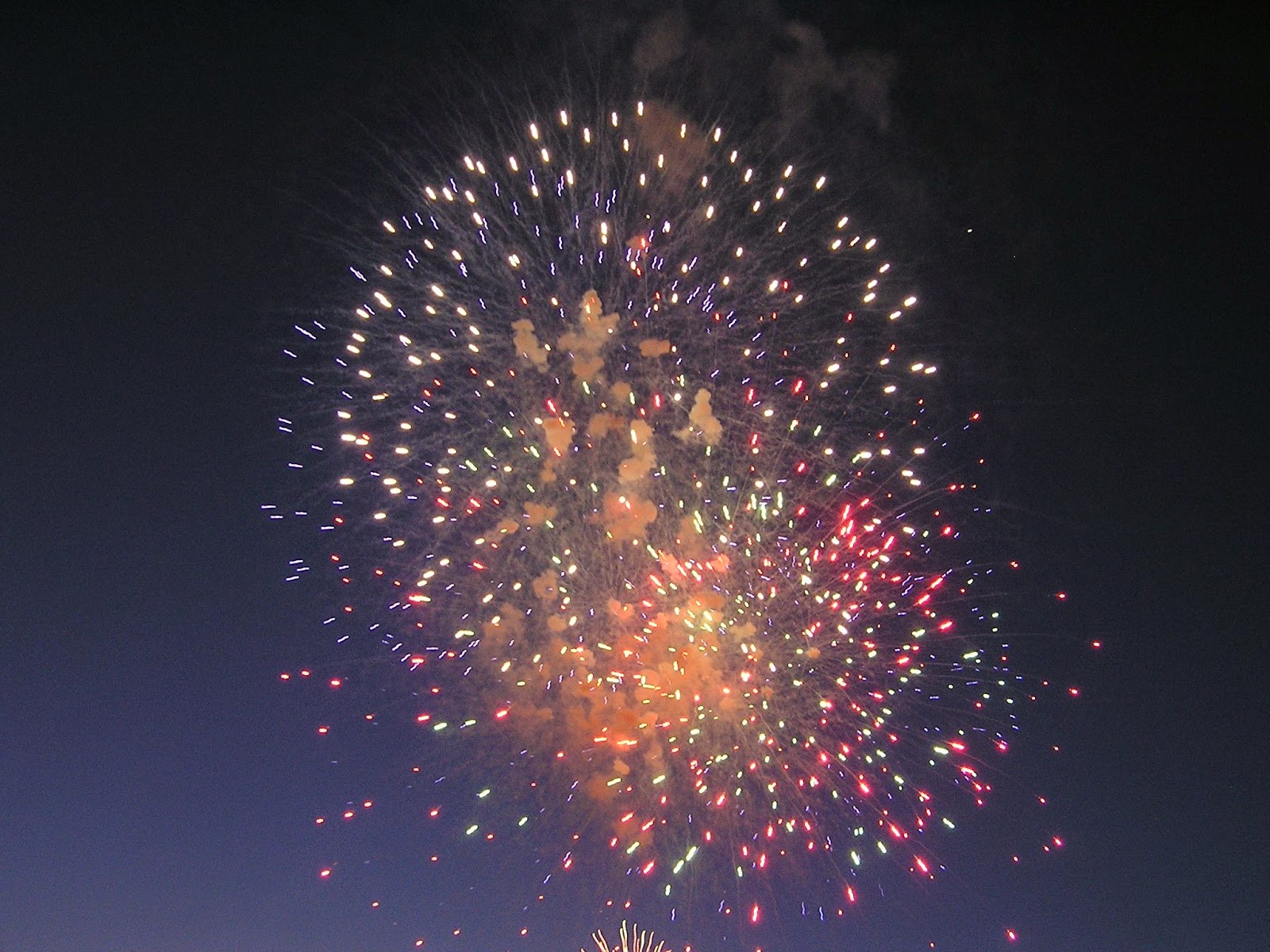 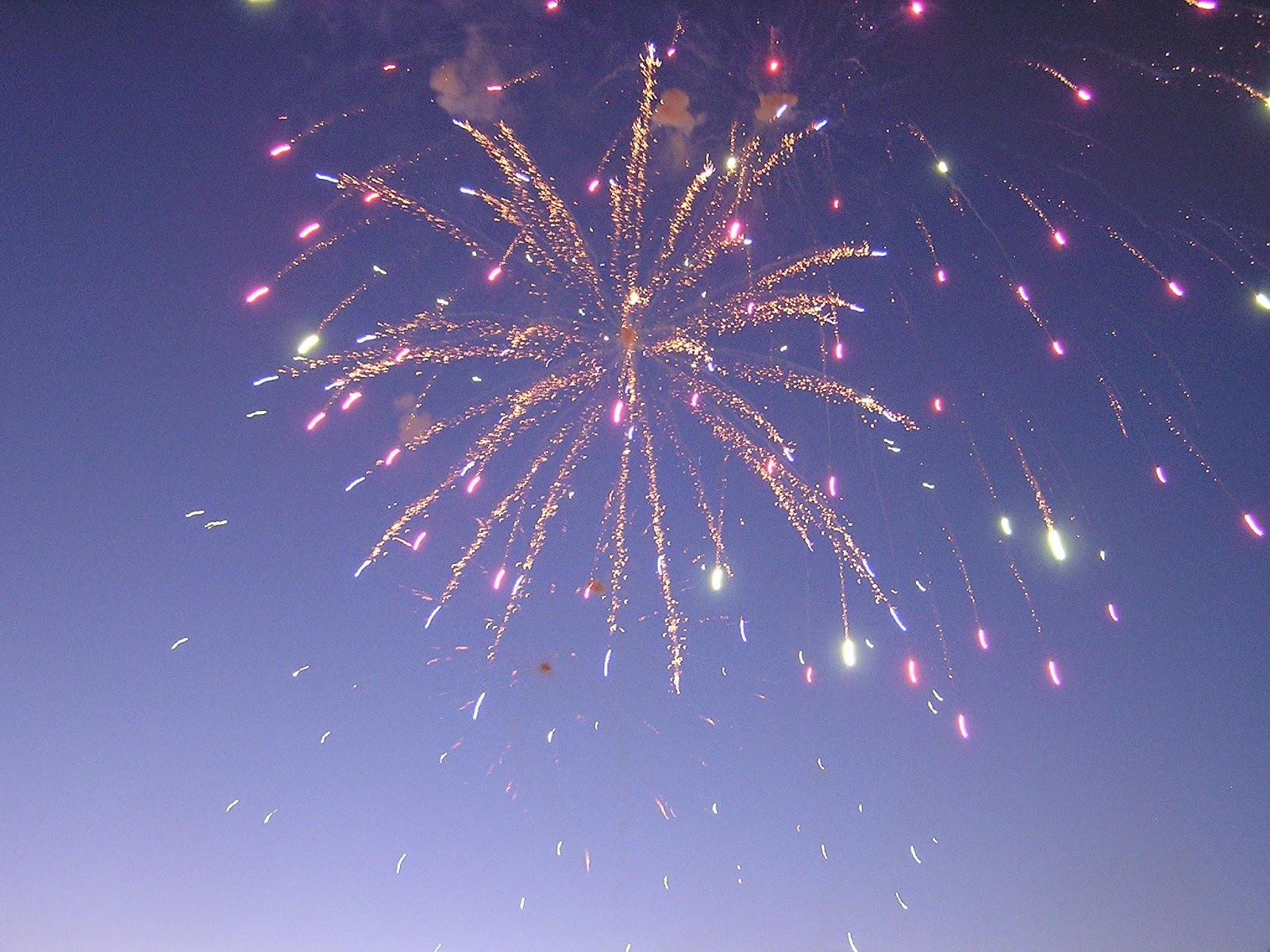 After a bit, we started noticing that fireworks embers were being carried swiftly by the wind so that they descended, still lit, over the crowd.   Activities planned by my brother are usually more exciting than we bargain for, and this time was no exception.  The live fireworks came more close and more live.  Spent casings fell on our heads.

Then, abruptly, with no finale, the fireworks display ended.  This probably saved our lives.  I think Einstein enjoyed it.

Prayers of the Common Household

Last Monday, it was pouring rain during rush hour and my husband was late coming home.  The kids and I finally sat down to eat without him.  I started to pray, sincerely asking, “Lord, please bring Dad home safely.”

At that very second, he burst through the door.  The kids yelled and laughed. And there was much rejoicing.  I exclaimed, “Our prayer has been answered!”

My husband simply saw that we were planning to start eating without him, and said, “I guess you guys were hungry.”

Feeling somehow that I should act fast, as perhaps our prayers of that moment had more effect than usual, I thought of one item that really needs prayer, and said, “Quick!  Let’s pray some more. Lord, PLEEEEEASE bring peace to the Middle East.  And thanks for the food.”

That prayer may sound trite, but it was genuine – that’s just the way we pray around here.  Also, I have learned from Anne Lamott’s book Help, Thanks, Wow that sometimes the most sincere prayers are the ones that just say, “Help!”

Perhaps I need to read her latest book, Stitches: A Handbook on Meaning, Hope and Repair.  The world is desperately in need of repair.  Tikkun olam is a Jewish concept that says that we humans are supposed to be partners with God in bringing about the healing of the world.  Christians have this concept, too – that God asks us to help in the plan to restore all of creation to a state of joy and peace.

After dinner that night, I was doing the dishes and talking to my son.  I said, “The problems in the Middle East are intractable,” with intractable here meaning ‘describing a problem that I cannot solve while I am in the shower, nor can anybody else in the world seem to solve it.’

My son said, “Are you sure you don’t mean retractable?  Or maybe it’s a distractable problem.”  Then he proceeded to name every English word with the root ‘tractable’ in it.  See why we are getting no closer to a peaceful solution?  In our kitchen we can’t even find the right words, much less finding the right words where the conflict is actually taking place.

All I have to offer is prayer.  Words.  A paltry response, but it’s all I’ve got.

Oseh shalom bimromav, hu yaaseh shalom aleinu, v’al kol Yisrael, v’al kol yoshvei teiveil.
May the one who makes peace in the high heavens make peace for us, for all Israel and for all who inhabit the earth.

Our Father in heaven, may your name be holy.  May your kingdom come, and your will be done on earth as it is in heaven.

Welcome to the Virtual Garden Tour


Welcome to our Virtual Garden Tour.  Just click on each link to be botanically inspired!

SmalltownMe promises a look at a local botanical garden.

Kristy of The Crislers fame shows us an Iowa garden in July, including blooms, veggies, spider webs, and more.

Cassi Renee at Bad at Being Mom has gorgeous flowers of many colors and shapes.

Angie does her gardening in Louisiana!

And here is my own entry, featuring Struggle and Serendipity in the Common Household gardens.


Thanks to everyone for participating.  Garden on, dudes.