Men and their Thoughts

Some of the thoughts of the Common Household Men, about manly things, such as vehicles, hormones, and other men.

In January, the Common Household Husband and Son tried to fix the basement steps, with much loud hammering.  Then they gave up.  As they were coming up from the basement, I heard my son say, “Maybe there’s a post-Christmas sale on forklifts.”

Son:  “We have always needed a forklift.  We just haven’t gotten one yet.”

Husband: “I can’t believe we’ve gone this long without a forklift.”

Me:  I wish we could get a smaller car.

Husband: But if we had a smaller car, when we go to buy our treadmill, how will we get it home?

Me:  Our treadmill, if we ever buy one, will be delivered by a strapping young man.

Me:  He would put it together for us.

Husband: What’s the point of getting a treadmill if you don’t get it with a strapping young man?

Husband is reading the newspaper.  He says “Here’s the explanation right here.”  He reads from the newspaper:   “‘...the mother’s placenta early in pregnancy responds to phthalate exposure by disrupting human chorionic gonadotropin levels.’”

Me: Did you know that my father once wrote a letter to J. Edgar Hoover?!

Son: Who was J. Edgar Hoover?

Husband: I think he made vacuum cleaners.

Son: Was he a president?

Husband: He was the president right before Harrison Ford was president.

Husband:  Sure.  Doesn’t everything?

Just to fill you in on some of the issues mentioned above:  we have not yet bought a forklift or a treadmill.  Sadly, we rather urgently have to buy a new (used) car, and all we know is that it will not be a Hummer or a Smartcar.  J. Edgar Hoover never answered my father’s letter.  And I have no explanation for men.

Oh, and the annual tax returns are done.  Now for the quarterly taxes and the FAFSA.  Sigh.
Posted by Common Household Mom at 8:54 PM 5 comments:

Yesterday Youngest Daughter pointed out that I haven’t posted on the blog for a “really long time.”   In her view, photos of snow, as populated my last post, are not real posts.

When one is self-employed, one always has to do taxes.  I don’t necessarily object to paying the taxes, but to the filling out and sending of forms that is ever hanging over my head.  These days I am responsible for more people’s tax documents than my own.

I added, “But you know, I have five or six blog posts floating around in my head all the time.  I don’t get to write them down, and eventually they float away and disappear.”

YD:  “Mom, that’s so sad.  You should put off the taxes and write on your blog.”

Me: “But the punishment for not filing your taxes on time is pretty severe.”

YD:  “It couldn’t possibly be as bad as a disappearing blog post.”

That’s the spirit.  Accountants, make way for the writers!  (I hope accountants do not take offense.  We are extremely grateful to the accountants who prepare the tax returns for all our elderly relatives.)

The truth is, there is way more to do around here than tax returns.  There are two sure things in the life of the Common Household:  taxes and Passover food.  Folks, Passover is almost upon us.  It’s time to pull out the special recipes and baking materials.


In the Great Baking Race that is the Common Household preparation for Passover, the three top contenders are matzo meal, cake meal, and potato starch.   Matzo meal gets the gold medal: while most Passover desserts require cake meal and/or potato starch, traditional Passover meal recipes usually call for matzo meal.  You cannot make matzo balls of any size without matzo meal.

In Passover cooking, eggs get their own category.  They are the heavy-weight champs.  It would be nearly impossible to have the expected Passover without eggs.


Passover will be different this year, because we are not having a seder at our house at all.  No cooking of brisket will occur here.  But still, I should get busy baking our family’s three favorites:  Passover lemon squares, Passover brownies, and Passover bagels.

So if you are looking for me, you can find me either at www.irs.gov or in the kitchen.  Because it would just be wrong to lie around all day reading Barbara Pym novels and eating bonbons.
Posted by Common Household Mom at 10:52 AM 12 comments: 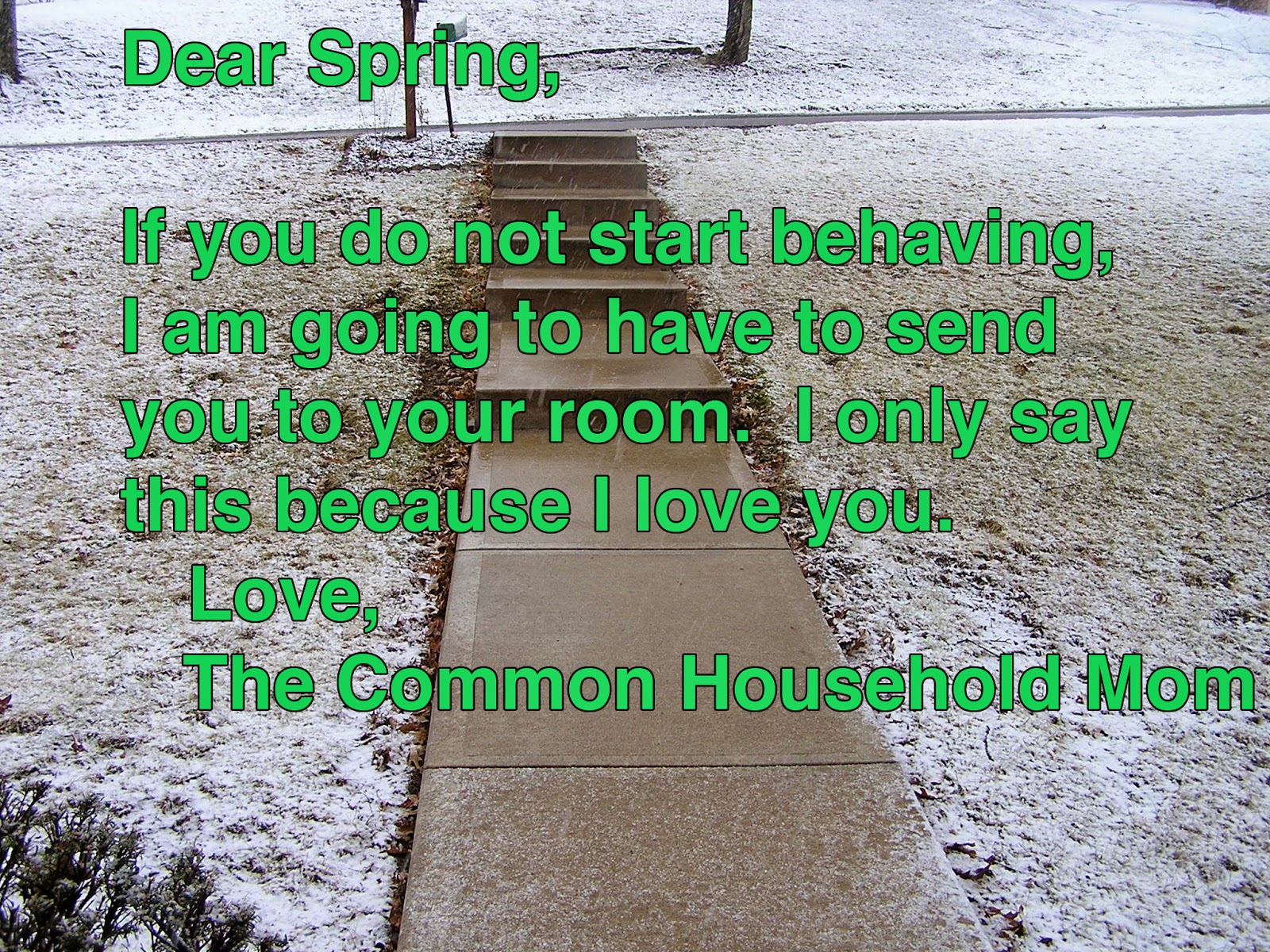 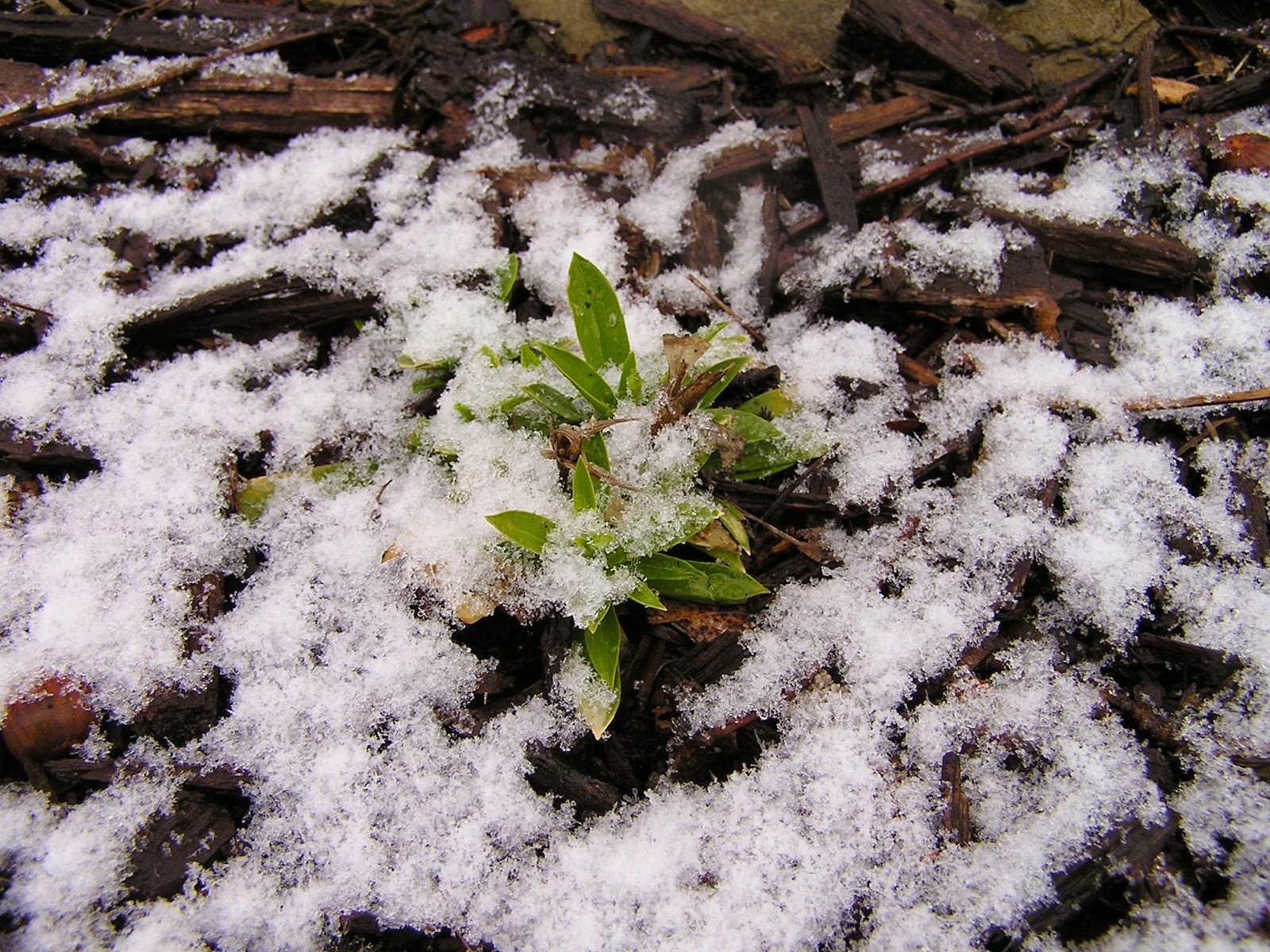 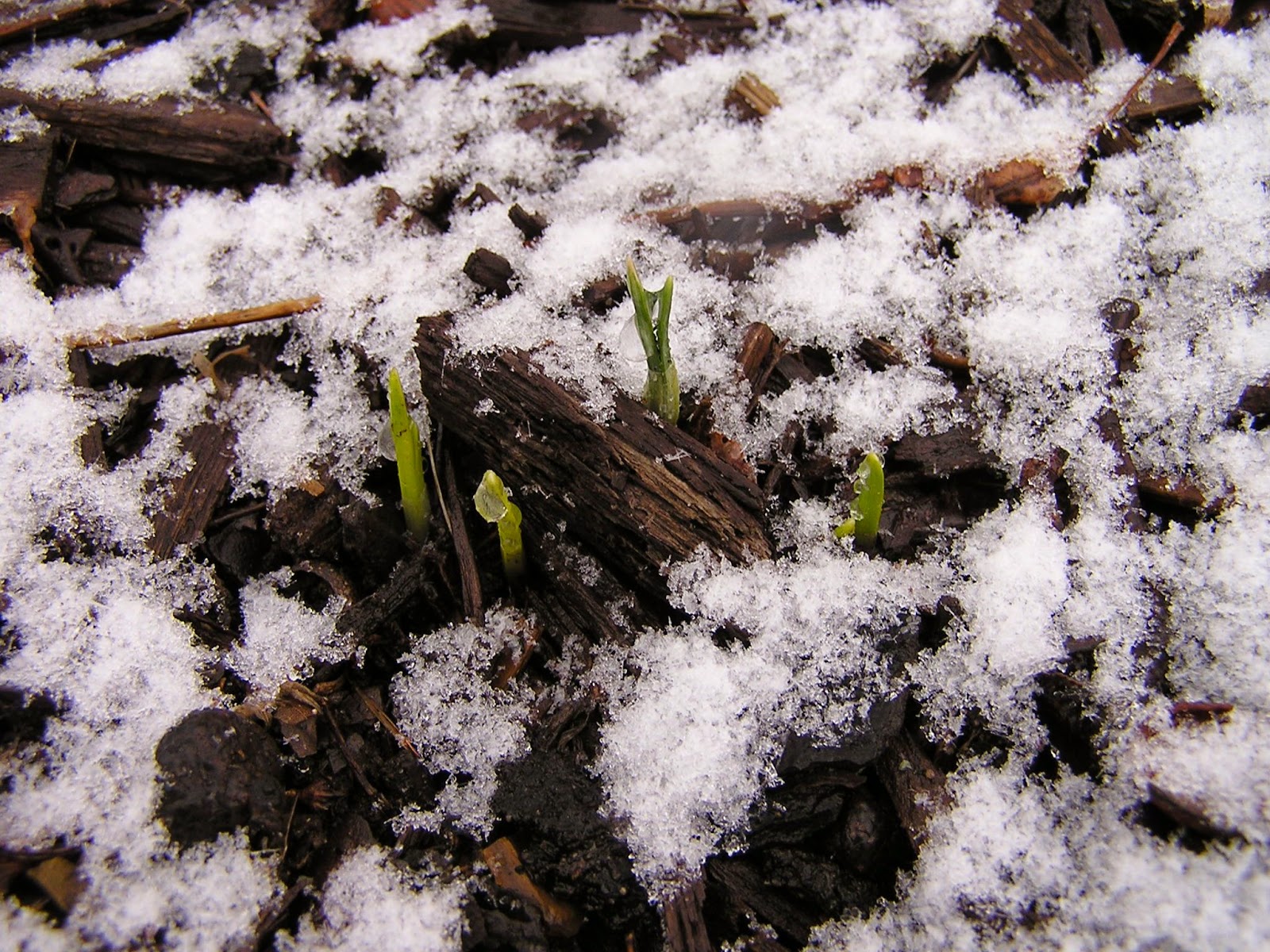 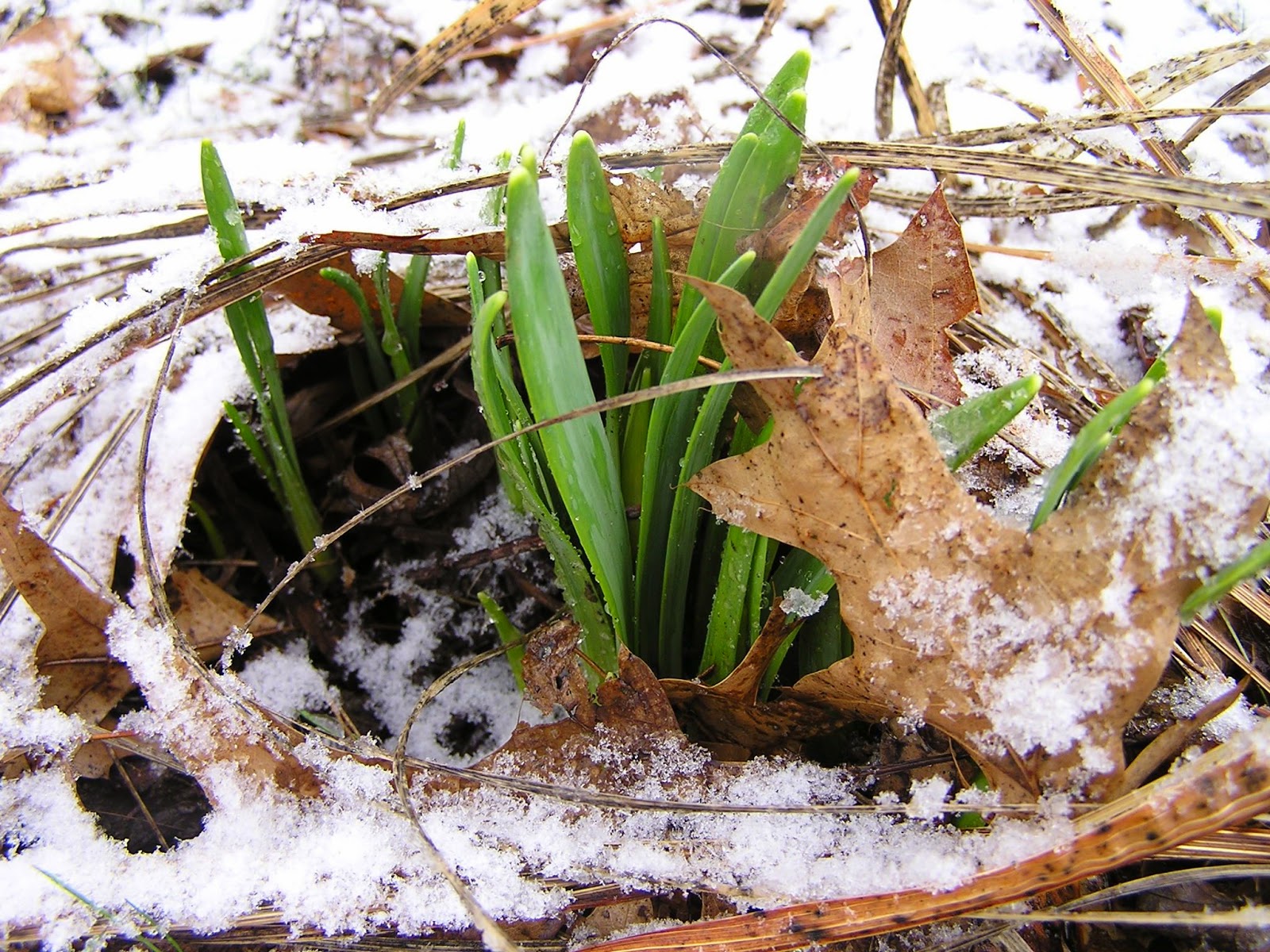 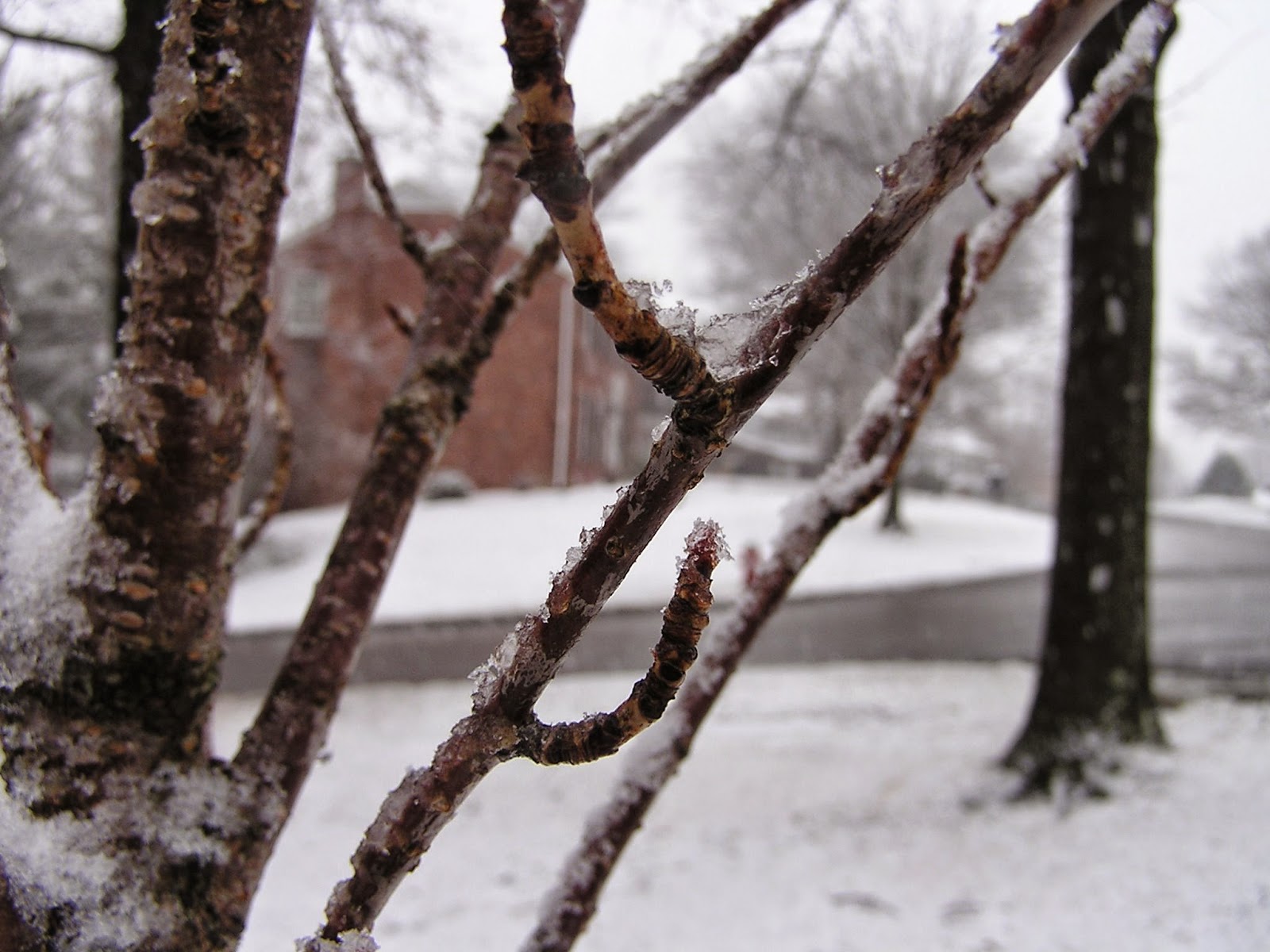 Purim is the Jewish holiday that comes with costumes, alcohol, revelry, and something called “shalach manot” bags (pronounced Sha-LAKH mah-NOTE  BAGS), which are filled with fun gifts such as hamentaschen, chocolate, potato chips, oranges, and Mardi Gras beads.


“Shalach manot bags” is a phrase which, when texted to the Common Household Husband, gets auto-corrected to “avalanche manor bags”.

It turns out we live in Avalanche Manor.

Outside, on Erev Purim, it got warm enough to cause a dripfest, from melting snow and ice and dripping directly from the sky.  Inside, on Erev Purim, the dripfest partied all the way into our basement.  The Common Household Husband was out, of course.
I did some quick investigating, and concluded that the water must be coming from melting ice dripping from the deck directly into the house via the doorway.   I supposed that there was a crack between the deck and the house.  Solution: shovel the deck, at least the part right next to the house.  Younger Daughter’s job was to take the photos.  (I had a feeling our efforts should be documented.)
Shoveling the deck turned out to be not so simple.  There was a layer of impenetrable ice under the snow.  I fetched the Shovel for Hacking at Hard Things.  Alas, the ice was unhackable.
YD and I put our thinking caps on, and decided to try to channel the water away from the supposed crack.  YD fetched some plastic bins and an aluminum roasting pan.

There was so much water dripping from the gutter above us that the bins were already full by the time we got the whole thing set up.  It became evident that we needed to put something underneath the bins to tilt them away from the house.

I said, “Wouldn’t it be fun if we could use the Army Guy toys to do this job?!” YD agreed.  It would be like the National Guard coming to our rescue!

I fetched the Army Guys bin.  Much to my surprise when I opened the Army Guys bin I saw this:
Okay, then, Polly Pockets to the rescue!  We randomly pulled out a few pink unicorns and tiny dolls in plastic clothes, and stuck them under the bins.  I am sincerely sorry that we do not have a photo of the Polly Pockets, midriffs bared, heroically holding up the bins.

That really did not do the trick.  Aha!  We’ll use a tried and true Boy Scout solution:  the tarp!  I plunged out into the dripfest again, moved all the bins and Polly Pockets, put the tarp over the crack between the deck and the house, and put the bins back into place.  Just in case the tarp didn’t fully work.

Then the temperature started to drop to below freezing again.  I started having second thoughts about our engineering marvel, thinking that it would all freeze and be stuck like that for weeks.

Just then, the Common Household Husband arrived home.  He examined the situation in the basement.  He said, “That insulation up there is wet.  Let’s push it back so that it is not right above the basement door.”  We did that, and within three minutes the basement flooding stopped.  He went onto the deck, said a few choice words about our clever set up, and removed the whole thing before it got frozen.

And that’s what we did on Purim.  The weather was so awful that all Purim festivities at our synagogue were cancelled.
You are saying, “That was a mini-flood, not an avalanche.”  Well, yes, but we have several other water-related issues in our house, so it feels like an avalanche.  I might tell you more about those issues later, but right now it’s time to make a pie.  Tomorrow is 3.14.15!
Posted by Common Household Mom at 2:05 PM 7 comments:

Icicles We Have Known and Loved

Left ice, left ice,
Right ice, right.
Icicles in the morning,
Icicles at night.
How many, many icicles in sight. 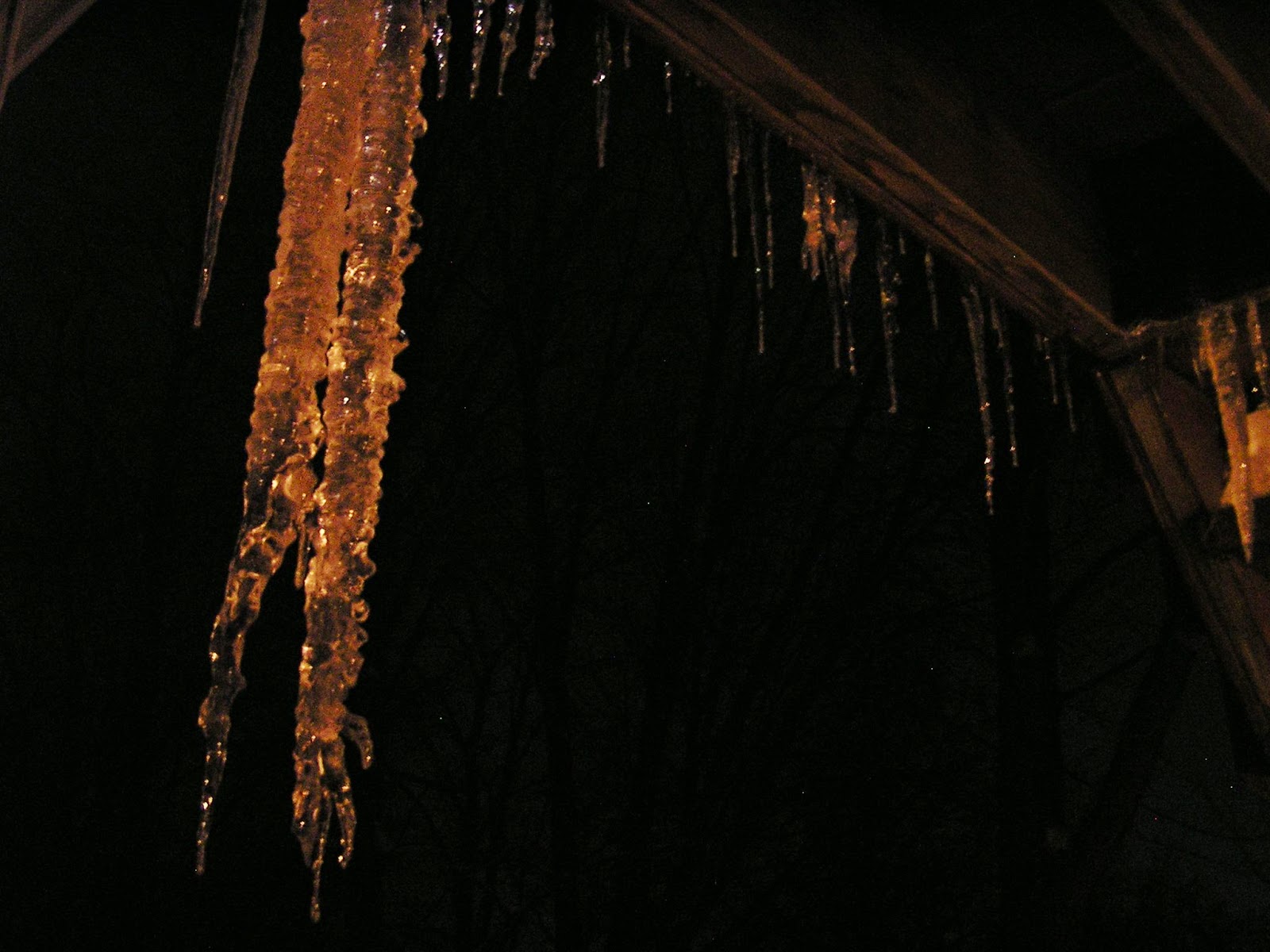 
All the icicles have melted and are gone, but before they departed, they caused a scene inside our basement.  If I can ever get out of this Land of Winter Doldrums And Laziness I am stuck in, I will tell you about it. Until then, you can imagine an icicle party, with drinking and loud noises.  That would be appropriate, because it's Purim!

A Lord's Prayer for a Snowy Day

Our Father, who art in heaven, which is not the same thing as the sky which is currently dropping snow on us,

Holy is your name, which we may have taken in vain as we hacked at the two-inch sheet of ice that formed right in front of the door;

Thy will be done, which we would lobby to include sending our excess moisture to the parts of the earth that need it;

Give us this day the chance to get our daily bread, milk, and toilet paper before the snow arrives.

Forgive us for doubting the forecast, as we forgive those who forecast against us;

Lead us not into the temptation of drinking a gallon of hot chocolate in the pretense that it will keep us warm,

But deliver us from yet another school day.

For thine is the kingdom, the power for the furnace, and the glory of (although we complain, we must admit it is) a beautiful landscape of snow stretching on forever and ever.

Younger Daughter wrote those last two lines, because I was too cold.  I argued that what the parents want is not another day of closed schools, but quite the opposite.
Posted by Common Household Mom at 5:07 PM 9 comments: