Fields, Farms, and Other Stuff

One way to reduce tension is to:
Keep Calm
and
Take A Back Road

This is the blog of a fellow student in my photography class.   His mission: to explore back roads, to seek out American life and civilization, to boldly go off the superhighway.  The Common Household has taken a back road sometimes, and it was well worth it each time.

Last weekend, my son and I drove via the Pennsylvania Turnpike and interstate highways to Maryland, completely disobeying the advice of TakeBackRoads.com.  Many is the time I have made this trip to visit my mother and aunt (which I could practically drive in my sleep) while wishing I had made the time to get off the highway and see some local things:  Big Pool, Fort Frederick State Park, the Chesapeake and Ohio Canal Park, the Sept 11 memorial at Shanksville, PA, and that pie shop in Hancock, MD, to name a few.

But Son had a limited time for his fall break from college, so we were in a rush.  The truth is that the weather and road construction were so horrible on the trip there that we probably would have made the trip in the same amount of time if we had taken back roads.

On the way back, because my son was doing some of the driving, I had a chance to take photos.  So I here present to you:

Fields, Farms, and Other Stuff You Can See

On the PA Turnpike

Please click on photos to embiggen them for optimal viewing.

On the road and Over the road:


I am almost embarrassed to tell you that I have taken a photography class and then show you these photos.  It was difficult taking photos while flying along on the turnpike!  Another reason to take back roads....

Trying to Understand the Modern World

In the Common Household, we spend our days trying to understand technology, the younger generation, and life in general.

The Common Household Husband saw this headline in the newspaper, one day back in February:

He said to me, “The university is buying a mosque.  Does this mean the university does not have to maintain a prayer room any more?”
I said, “That is not actually a mosque.  It’s an entertainment venue.”

That left him speechless, as he considered how a building called a mosque would be an entertainment venue.  But it was.  Because this is Pittsburgh.

Then he reading the headlines further.  There was an article about Kennywood Amusement Park.
Husband:  “There’s a new whale entrance at Kennywood.”
Me:  “That’s inexplicable.”
Husband:  “Look, if whales want to go to Kennywood, they need a way to get in.  There will be no discrimination against whales here.  Equal entry for all….. I wonder what kind of railings they are going to use.”

The bank decided to do away with its coin-counting machine.  This made me sad.
Me:  You know, Older Daughter and Son’s generation doesn’t even use actual money.
Husband:    That’s because they don’t have any money. 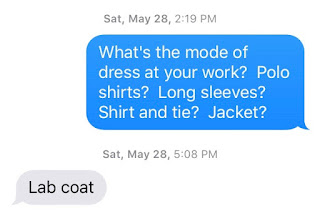 I was left to wonder exactly what the current generation wears under their lab coats.

Younger Daughter took the SAT recently.  The night before, I was frantically searching to find out what time the test started.
Me:  (searching fruitlessly on the internet) “I can’t find the information that says what time the SAT starts tomorrow.”
Husband:    “Let’s try to find out this way.”  (asks Siri)  “What time does the SAT start?”
Siri:  “That’s an interesting question, Dad.”

Husband:    “When I was a kid an ice cream cone cost 50 cents.”
Younger Daughter: “That was back when the penny mattered.”
Husband:     “That's low.”
The fact is that 50 cents in 1970 equates to about the current price of an ice cream cone.  So we have no right to grouse.  And the ice cream is probably better now than it was then.

I will leave you to look up the meaning of “endogenous” which does not mean “beside oneself.”  I will be beside myself for the next twenty days, at least, as I try to understand the modern world.  Right now it seems incomprehensible. 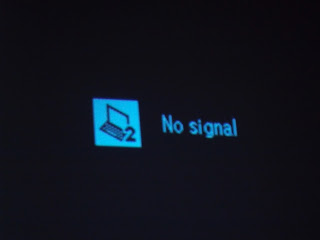 Another photo theme, this time from Carmi at Written, Inc.

The theme is "Screens."

Screens are what come into use when teenage boys are forced to attend a dance recital.

Or when they are forced to attend any family function.

Screens keep creatures in or out.

To see the other entries in this photo theme, go to Carmi's blog here.
To see my photo theme of "Trees" from last week, go here.
Posted by Common Household Mom at 9:02 PM 4 comments:


I thought I would pick a theme and post some of my photos on that theme, just to cheer myself up.  My theme for today is "Tree" because trees are strong and amazing and beautiful and fractal.

This post is now linked to Carmi's Photographic theme "Autumn".  Go here for other people's posts.